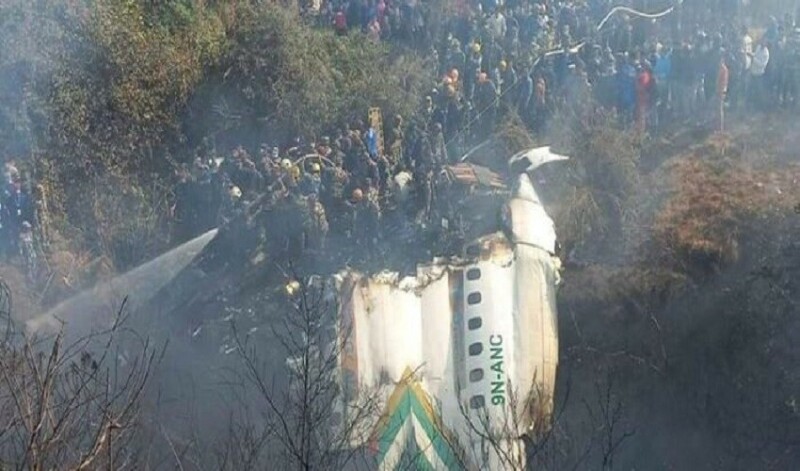 A passenger plane belonging to a private airline of Nepal crashed moments before reaching its destination. The plane crashed between the old and new airports in Pokhara, Nepal.

Before the plane crashed, the Indian young man was doing Facebook live, while this young man saw himself smiling and then saw the scenes from the window of the plane.

It can be seen in the footage that the plane was not at a very high altitude and the ground can be clearly seen. At the same time, the young passenger turns the camera towards the passengers and then towards himself in which he smiles and suddenly the camera starts to lose balance. Smoke can also be seen during live streaming.

A video made a few moments before the landing of the plane is circulating on the Internet, which many people are calling dangerous.