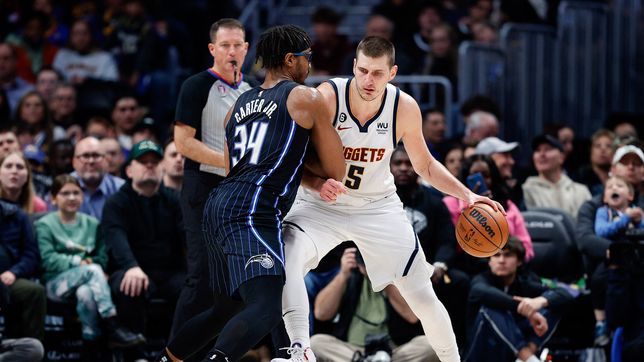 New NBA day with up to eight games played and some things to highlight. Doncic falls resoundingly and the Lakers run out of luck again. The Knicks add thanks to Brunson and Randle, Kawhi stands out with the Clippers and the Warriors are shipwrecked in Chicago. In addition, Jokic stands out again with a triple winner, the Nets miss Durant and the Kings take the victory in San Antonio. All this and much more, in the summary of the day:

Brunson and Randle add up and continue for the Knicks. Check the chronicle here.

Mann leads and Kawhi is getting stronger. Check the chronicle here.

Total wreck of the Warriors in Chicago. Check the chronicle here.

The Nets have played two games since Kevin Durant was injured and have lost both, since this Sunday they were surprised by the Thunder and a devastating last quarter (22-37). Josh Giddey (28 points, 9 rebounds and 9 assists) and Shai Gilgeous-Alexander (28 points and 7 rebounds) joined hands for the Thunder while Seth Curry (23 points) was the top scorer for the New Yorkers.

The Spurs’ fifth straight loss came courtesy of the Kings, who continue to leave great sensations in the West and thus added their fourth consecutive victory. Domantas Sabonis (18 points, 18 rebounds and 8 assists) and Jakob Poeltl (23 points and 7 rebounds) stood out in Kings and Spurs, respectively.

Nikola Jokic’s three-pointer with 0.2 seconds left rescued the Nuggets, that they were trailing by 15 points at halftime and that they finally beat the Magic to chain their sixth win in a row and stay ahead of the West. The Serbian giant finished with a triple-double (17 points, 10 rebounds and 14 assists) while Markelle Fultz excelled in Orlando with 20 points, 7 rebounds and 6 assists.

Without Doncic, the Mavericks fall for the second straight time in Oregon. Check the chronicle here.

New Los Angeles defeat despite the efforts of LeBron and Westbrook. Check the chronicle here.