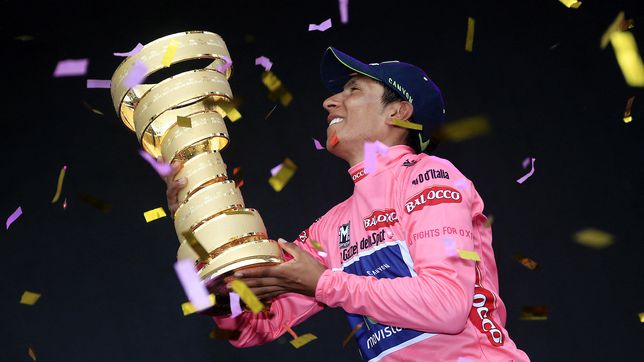 “I remain prepared to continue representing my country in the best races in the world. I am in a position to be hired by a top-flight team”. Nairo Quintana announced that his career as a professional cyclist continues and, while waiting to reach an agreement with a new team, he is working to get to the new challenges he will have in 2023 in the best possible way.

The Boyacá cyclist wants to continue expanding his legend. Currently, he is the Latin American rider with the most victory with 51 wins, between general classifications and stages. Among Nairo’s records is also being one of the four Colombians with victories in the three big ones, one of the two with the most victories between the Tour, the Vuelta and the Giro and one of the three who have won the title in the themselves, after winning the Giro in 2014 and the Vuelta in 2016.

2 Tirreno-Adriatico, 1 Volta a Cataluña, 1 Tour of the Basque Country and 1 Tour of Romandia are part of the cyclist’s statistics. His last victory occurred last year when he won the Tour of the Alpes-Maritimes and Var titles where he also won one of the stages.

“My physical condition is very good. I have prepared myself, I have been rolling. In recent years we have seen the physical condition in the best races I was in the top 10. I am going to travel to Europe, I will make a direct bridge with the different teams and talk. Solve this bump that we are going through and I hope to continue succeeding, ”he said after announcing his future.

The Vuelta and the Giro, his greatest triumphs

Nairo Quintana became the first Colombian to win the Giro d’Italia. In 2014 he won the pink jersey after finishing first in the general classification with a time of 88 hours, 14 minutes and 32 seconds. The second place was obtained by his compatriot Rigoberto Urán, who finished at 2 minutes and 58 seconds, while the top three was closed by the Italian Fabio Aru at 4:04. In 2017, the rider took second place after trailing Tom Domoulin by 31 seconds.

In La Vuelta a España he dressed in red in 2016 when he finished first with a time of 83 hours, 31 minutes and 28 seconds. Second place went to the British Chris Fromee, one of his greatest rivals, at 1:23. Third place went to his compatriot Esteban Chaves who registered 4 minutes and 8 seconds.

In it Tour de France for his part has always been his great challenge. In 2013 and 2015 he ranked second, while in 2016 he was third. However, at the time he twice achieved the youth classification and once the mountain classification. In the previous edition he was disqualified by the UCI for the use of Tramadol, a substance that the runner still denies and for which he continues to fight his innocence.