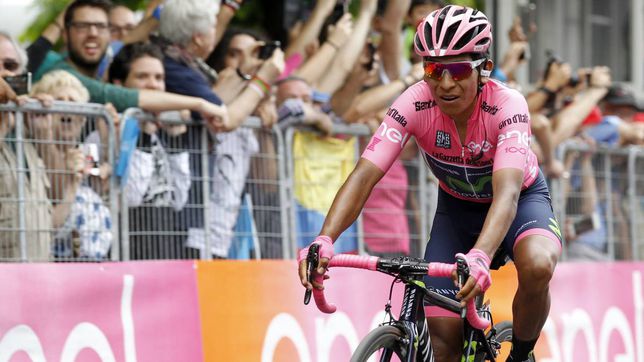 Nairo Quintana is close to confirming the team in which he will race in 2023, Team Corratec has already stated that there is interest in signing him and that some economic issues remain to be resolved to achieve it. The Colombian who will soon be 33 years old would participate again in the Giro d’Italia where he already won in 2014 and of which has not participated in the last five years.

22 squads were confirmed by the Giro d’Italia for this 2023, 18 belonging to the World Tour and four other guests, including Corratec. The competition will have 21 stages with a total of 3,448 kilometers. Nairo last participated in 2017 when he was still part of an elite team like the Movistar Team, where he finished second overall behind Tom Dumoulin.

Corratec also confirmed its participation in the Tirreno Adriatico, which will take place from March 6 to 12.. In the event that Nairo joins the team, his presence in the competition could be contemplated. The Italian squad with little experience due to its short history will seek to be the protagonist in these competitions with the Colombian.

Confirmed teams for the Giro d’Italia 2023

Main priorities for the digital commerce sector in 2023