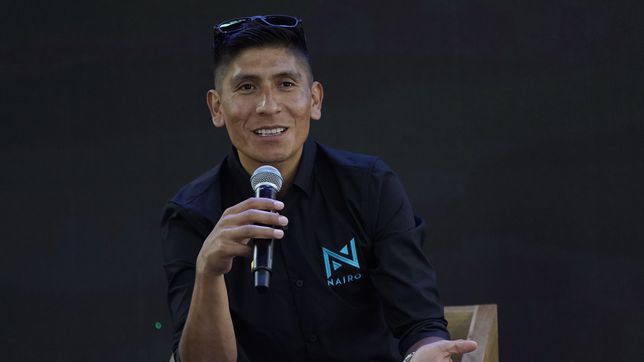 Nairo Quintana is close to confirming the team to compete in 2023 and from Italy they assure that their destination would be Team Corratec, from the second category that awaits an invitation to the Giro d’Italia and that the season will start on January 22 in the Tour of San Juan. On the payroll of the Pistoia-based squad is a Colombian, 21-year-old Óscar Daniel Tellez who has a contract until mid-year.

“There have been discussions between Nairo Quintana’s agent and Team Corratec about the possibility of signing a contract for 2023. The agreement has not been finalized yet, it is difficult to know if it will be finalized or not,” he reported. La Gazzetta dello Sport. The runner who will turn 33 on February 4 will travel to Europe according to his father, to finish defining his future.

“He is going to Europe, he is going to balance his team; Nothing is certain yet, we don’t know which team he’s going to correspond with, but he travels to Europe for the weekend ”, assured Luis Quintana, father of the cyclist in Noticias Caracol. In November 2022, Nairo had already stated in dialogue with Diario AS that he already had a team ready, but that he would not rush to announce it.

Team Corratec, the same category in which Nairo competed with Arkéa

If his signing for the Italian team is confirmed, Nairo would continue competing in the Pro Tour category in which he was while passing through the Arkéa. The Colombian was key to achieving the promotion of the French squad that this year became the World Tour. These teams attend the grand tours only by invitation.

The intention of Corratec is to be able to participate in the Giro d’Italia from which they would be waiting for the invitation, in addition to the fact that they will compete in the Strade Bianche that will be held on March 4. The team was founded in 2022 and its sports director is the Italian Serge Parsani.

Nairo has been training in the country for months

After losing the appeal against the TAS after the sanction he received in the last Tour de France, the Colombian continued training on the roads of Colombia to maintain his physical condition and ready for his new team. He even had offers from Team Medellín, which finally signed Miguel Ángel López, who was officially presented before traveling to Argentina for the Vuelta a San Juan.

Quintana would come to this team with 51 stage victories and more than 20 titles, including a 2014 Giro d’Italia and a 2016 Tour of Spain.