Since the end of 2018, Google no longer reports monthly to what extent the different versions of Android are used. The developer sporadically provides new figures in Android Studio, a platform for developers. 9to5Google has now spotted an update, giving us more insight into the current Android landscape.

The website suspects that the data is at least three weeks old. Also, they would be based on the number of Android devices that visited the Google Play Store during a seven-day period. Figures show that the majority run on Android 10 (Q), with a 26.5 percent share. Although Android 10 represents a larger share than its successor, Android 11 (R) is pretty close to 24.3%. Android 12 has just been released and is therefore not present on the list. 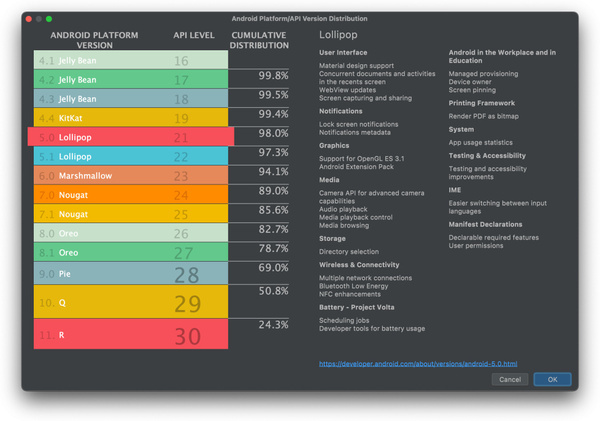 The overview is completed with Android 9 Pie and Android 8 Oreo, with a share of 18.2 and 13.7 percent, respectively. The remaining 17.3 percent of all Android devices run on an older version, such as Nougat (7), Marshmallow (6), or Lollipop (5).