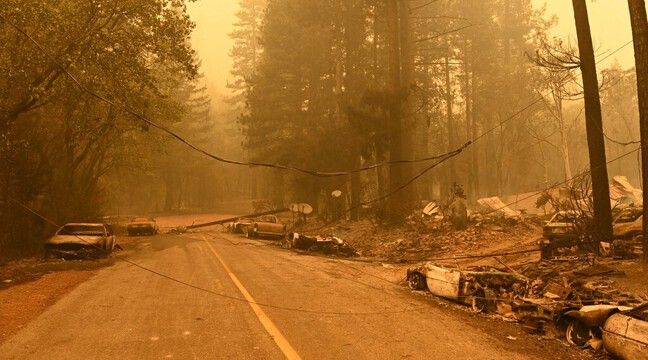 About 2,000 California residents were called Wednesday to evacuate their homes “immediately” when the Dixie Fire, the largest fire in the state this year, approached with high winds. “If you had stayed, you should evacuate EAST, IMMEDIATELY!” The Plumas Country Sheriff’s Department tweeted, addressing residents of the Greenville and Chester communities.

“If you can’t evacuate … take shelter on the Chester College baseball field,” he added. The “Dixie Fire” has been ravaging Northern California forests since mid-July in connection with the climate crisis, which is causing hot spikes and droughts around the world, particularly in North America.