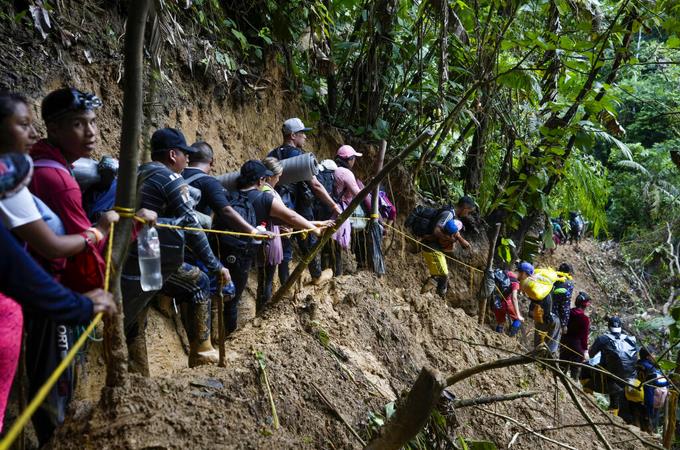 The Minister of Public Security of Panama, Juan Manuel Pino, said this Saturday that so far in January approximately some 14,235 irregular migrants bound for the United States.

Pino referred to the matter during a visit he made with his work team to the community of Bajo Chiquito, in Darién, where there are currently about 1,016 irregular migrants, a statement from the Ministry of Public Security (Minseg) said this Saturday.

The head of the Security portfolio indicated that the figures from the National Migration Service and the National Border Service "indicate that Haitian (6,459), Ecuadorian (3,031) and Brazilian (562) migrants are the main nationalities that have transited through Panama this year".

The director of the National Migration Service, Samira Gozaine indicated that the Panamanian State, with the support of international organizations, have achieved that, through humanitarian flights, More than 6,000 Venezuelan migrants have returned to their country.

In turn, the director of the National Border Service (Senafront), Oriel Ortega, stressed that security has been strengthened in these border areas "to prevent migrants from being victims of criminal groups".

"Last year we apprehended 154 people between foreigners and Panamanians linked to the crime of robbery, theft and rape against migrants, of these 142 are in preventive detention and 7 people convicted of robbery and assault against migrants"Ortega explained, according to official information.

The authorities of Panama, a country that registers a large number of migrants and offers temporary shelters, have repeatedly requested help from the international community to tackle the migration problem and confront it as a regional phenomenon.

The passage of irregular migrants through the Darien jungle, the dangerous natural border between Panama and Colombia, grew by 85.6% in 2022, compared to the previous year, to reach the historical figure of 248,284, according to data from the Panamanian Government.