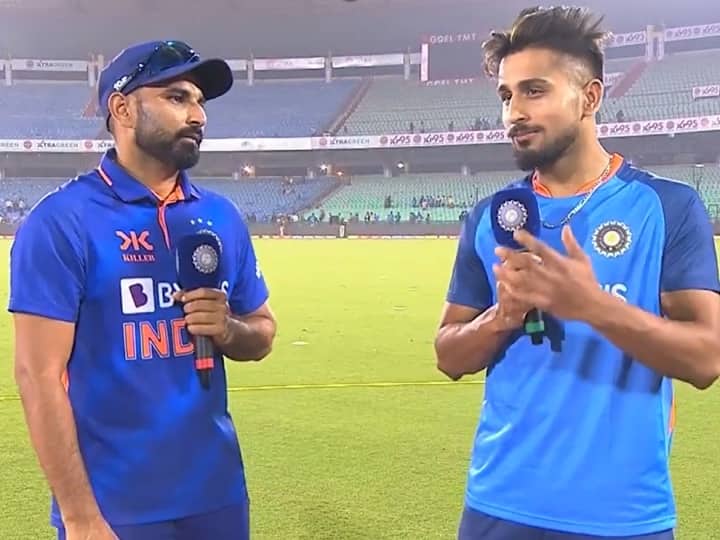 In the three ODI series that were played between India and New Zealand, the Indian team won two straight matches and took an unbeatable 2-0 lead. In the second match played in Raipur, excellent bowling was seen from India. In this, Indian pacer Mohammed Shami took a maximum 3 wickets in his name, for which he earned the ‘Man of the Match’ award. After this win, Umran Malik interviewed Mohammed Shami and Shami also gave him some special advice.

BCCI shared a small clip of this interview with its official Twitter account. In this video you can see, first of all, Umran Malik says that my favorite bowler Mohammed Shami is with me. After this, Umran Malik asks Shami that he is happy all the time in the match, he never gets nervous. Tell me his secret too?

Responding to this question, Shami says: “When we play for the country, you don’t have to put pressure on yourself. Trust yourself, in your abilities. In trouble, you can wander here and there. But if you are happy, there will be a further improvement in your ability.

After this, Shami wishes Umran all the best for the future, may he do well in the future. After this, while she is giving some advice to Umran, she says that it is not easy to keep up with you. We just need to work on line and length a bit, if we can control that we will rule the world.

After Saudi Arabia, UAE also closed its embassy in Afghanistan