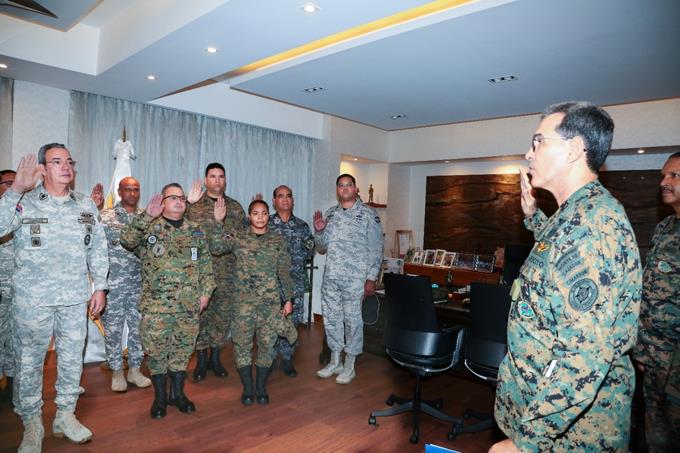 The Minister of Defense, Lieutenant General Carlos Luciano Díaz Morfa, ERD, swore in the members of the Organizing Committee of version 52 of the Sports Games of the Armed Forces and the National Police

Lieutenant General Díaz Morfa swore in the members of the CIDEFAPON Board of Directors, headed by Brigadier General Delio B. Colón Rosario, ERD, who is its president.

The activity was carried out in the office of the Minister, after a delegation from CIDEFAPON was present at the raising of the national canvas together with the flags of the military institutions.

Those responsible for setting up and ensuring the proper development of this event, which is provisionally scheduled to begin on February 8, are: Rear Admiral Anthony Manuel T. Jiminian Objio, ARD, President and Colonel Joran J. Báez Fernández, ERD. Vice president.

Immediately the sworn in assumed their functions and began the work for the assembly of the event.