Late last year, Chinese technology Tianjin Phytium Technology developed the D2000, an octacore ARMv8 CPU with a 25-watt TDP. Until now there was no trace of the chip, although that is now changing: a mini PC with this processor is available by pre-order at the German online store DragonBox.

Given the unusual processor, the retailer recommends using Ubuntu Kylin. Furthermore, it should also be possible to install OpenSUSE or Debian without any problem. The compact computer measures 225 x 187 x 47 millimeters and is equipped with a 2GB AMD RX 550 (mxm module). The system will be equipped with 16 GB of RAM and a 512 GB nvme-ssd; however, no further details are provided. 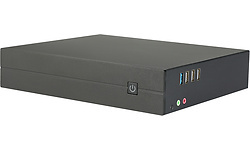 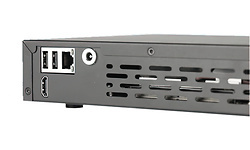 On the side are three USB 2.0 ports and a single USB 3.0 (Type-a) port, followed by two 3.5mm audio connectors. On the back are two more USB 2.0 ports, along with an HDMI 2.0b connector and a gigabit port. Since the built-in Qualcomm AR 8035 Ethernet card still does not work well with all Linux distributions, an additional USB adapter for Ethernet is included with the computer.

DragonBox is asking 570 euros for the Phytium-based PC, which is expected to be available in late December. An important note: if there are insufficient pre-orders before December 10, the webstore will cancel the sale. If you have placed an order, you will receive a full refund of the purchase amount.