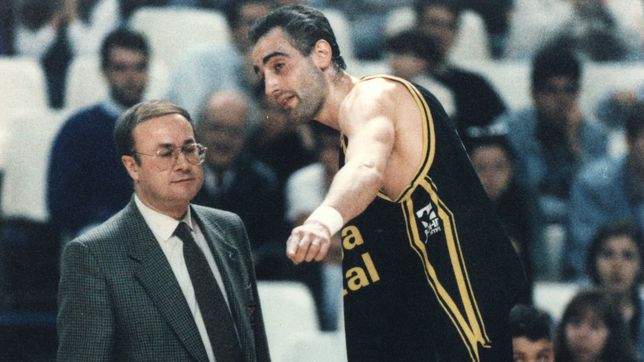 Spanish basketball says goodbye to one of its great legends this Wednesday. Miguel Ángel Martín Fernández has died today at the age of 73 due to cancer. The priest, the nickname given to him by Nacho Azofra and by which he was known, coached Movistar Estudiantes, Real Madrid and Granada in the elite. In LEB he directed Murcia and the Complutense University; in LEB Plata, to Adepal Alcázar de San Juan. In the third division he finished his stage as coach in 2009.

It was in the collegiate group where Martín left his biggest mark. He arrived at Estu in 1984, when he joined the quarry structure, and took the reins of the greater from 1988 to 1994 when replacing Paco Garrido in office. With him at the controls, giants of our basketball such as Nacho Azofra, Alberto Herreros, César Arranz, Pablo and Gonzalo Martínez, Alfonso Reyes, Álex Escudero and Iñaki de Miguel, among others, made their debut, in addition to making way for Ricky Winslow to replace David Russell.

The balance, spectacular: the Copa del Rey in Granada by defeating CAI Zaragoza in the final and the Final Four in Istanbul, both successes in 1992. Achievements to which we must add five consecutive times among the top four in the ACB league, the runner-up in the Copa del Rey in 1991 and the quarterfinals in the Korac Cup in 1991. Along with him grows another of the greatest on the Spanish bench : Pepu Hernández, who replaced him in 1994 after presenting his resignation.

In 1996, he landed at Real Madrid. First, as technical director and then as head coach after the departure of Zeljko Obradovic in 1997. The Serb left the club after winning the Euroleague in his first season and failing to win a title in his second. The priest He will be in charge of Real until February 1998.

His work was not only limited to the benches. During the year and a half that he spent between the two Madrid teams, Martín participated in TVE’s basketball broadcasts along with Pedro Barthe, Ramón Trecet and Nacho Calvo.