wrote last week XDA Developers that MediaTek wants to make its own system on a chip for Windows devices at Arm. Until now, Qualcomm was the only chip designer to do this, but Apple’s introduction of its own Mac processors has apparently set other companies on fire. Now, however, the same site writes that Microsoft has a exclusive deal with Qualcomm.

Qualcomm has a pretty strong relationship with Microsoft, although it’s nothing compared to Intel’s relationship with the software maker. According to the XDA developers, the paradigm between the MediaTek Executive Summit and Qualcomm Investor Day was that the close relationship between Microsoft and Intel (also known as “Wintel”) is coming to an end. Windows on Arm should be the logical next step, which according to XDA Developers sources is not only logical, but also insurmountable. 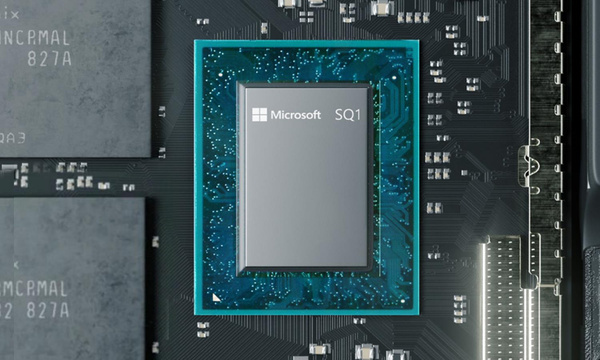 Qualcomm’s SQ1 chip that ended up in the Microsoft Surface Pro X.

Microsoft stated when introducing the Windows on Arm platform that companies that want to design chips for this are free to do so, but Qualcomm apparently enjoys the necessary exclusivity. The company has worked closely with Microsoft to set up the project and design the first chips and software for it. However, exclusivity comes to an end if what the tech site says is accurate.

It would also be clear that other companies will be held back by the deal, making it necessary to optimize Microsoft’s platform. Qualcomm will have been able to create quite a bit of precedence, in part because it is now the full owner of the Nuvia server chip designer. It is surprising that Qualcomm has officially announced that the first chip (s) is or is intended for laptops. Nuvia initially planned to design extremely powerful ARM chips for servers. Therefore, the company appears to have a rock solid position in the Windows on Arm market.