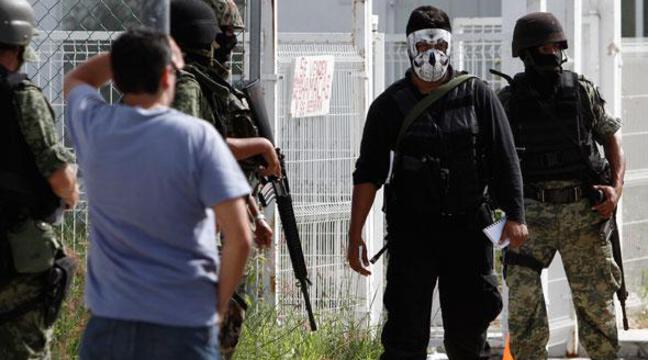 The minister denounced “illegal trafficking” in Mexican territory that causes “direct damage” to the country.

“We trust in the legal quality of what we are presenting, we will advocate with all the necessary seriousness. We will win this trial and we will be able to drastically reduce illicit arms trafficking in Mexico, “added Marcelo Ebrard at a press conference.

Among the companies accused by Mexico are Smith & Wesson, Beretta, Colt, Glock, Century Arms, Ruger and Barrett, which produce more than 68% of the more than half a million weapons that are smuggled into Mexico each year, according to the information contained in the Mexican complaint.

Marcelo Ebrard said there was no precedent for the Mexican government “to participate in a dispute of this nature” in a US court, and that the measure was approved by President Andrés Manuel López Obrador.

The foreign minister explained that the lawsuit was aimed at the manufacturers to compensate the Mexican government for the damages caused by their “negligent practices.”

The complaint also calls for measures to “monitor and bring online” arms manufacturers and distributors. Marcelo Ebrard even accused US manufacturers of developing types of weapons especially for Mexican drug traffickers.

“That’s what these weapons are made for: to be bought. They have more value, they have a different aesthetic and are used differently ”, explained the Minister of Foreign Affairs.

The illegal arms trade is at the center of the bilateral relations between Mexico and its American neighbor, which is the main market for the powerful drug cartels.

More than 17,000 murders in Mexico in 2019 involved the use of weapons illegally imported from the United States, according to data from the Mexican government.