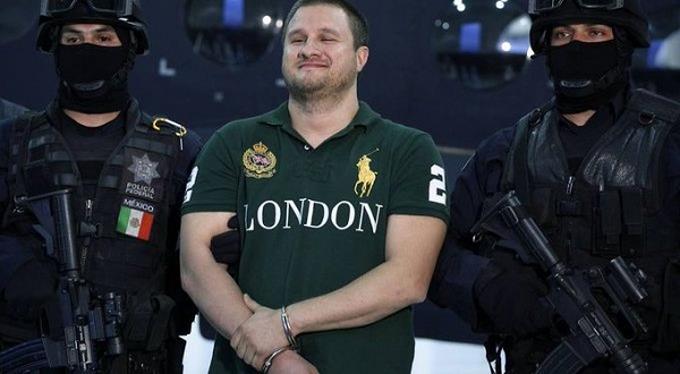 The Mexican government requested this Tuesday information from the United States about the alleged release of Édgar Valdez "the barbie"one of the most bloodthirsty drug lords in Mexico, who no longer appears in the custody of US authorities.

"It is necessary to see if it is true because information is being requested, Foreign Relations is already doing it and the Secretary of Public Security is doing it, today it will be known if he is not in prison"expressed the president of Mexico, Andrés Manuel López Obrador, in his daily press conference.

The president referred to the information first published by the Mexican newspaper Milenio, which on Monday reported that after a review by the United States Federal Bureau of Prisons (BOP), Valdez does not appear in custody, for which reason he is presumably now in a witness protection program.

"the barbie"a US citizen arrested in 2010, was one of the most wanted drug traffickers by Mexico and the United States in the early years of the so-called "drug war" for the violence it unleashed.

López Obrador acknowledged that "It is not yet known precisely if he is still detained or not."although he did not deny the information from the Milenio newspaper.

"Who knows what its source is. Of course, it must be a US agency because there’s no way they’re searching the list of all the prisoners to see if they’re there or not, someone knew or wanted it to be known and leaked the information."he opined.

The Mexican ruler asked "see what was the fix" between the capo and the US authorities "because his sentence was for several years" Y "here in the country there are also complaints filed".

"It is still very early, during the course of the day, tomorrow, everything will be known, and we are not getting ahead of ourselves, we are going to wait to see what is happening"he pointed.

Valdez, born in the US city of Laredo, Texas, is known as "the barbie" because of her blonde hair and blue eyes.

The capo trafficked around a ton of cocaine a month and gained notoriety for the bloody war he had with his former partners in the Beltrán Leyva cartel.

That war sowed mutilated and decapitated bodies in the states of Morelos and Guerrero, where those of the Pacific cartel, commanded by Valdez, exchanged dozens of dead and messages with the Beltrán Leyva family.