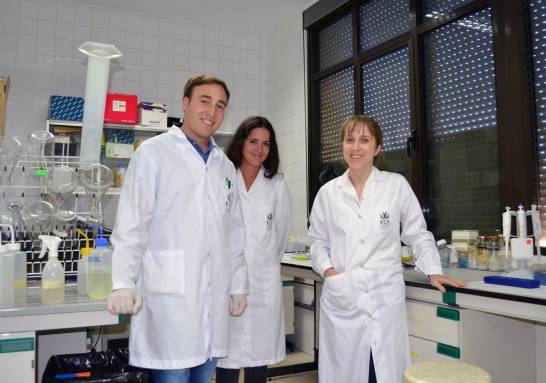 Diabetes favors soluble forms of beta-amyloid, which are especially toxic and harmful to neuronal tissue. This scientific finding links this disease with Alzheimer’s disease, according to a study involving researchers from the University of Cádiz Mónica García Alloza and María Vargas Soria, together with Juan José Ramos Rodríguez, professor of the Department of Physiology at the UGR.

The description of the process of amyloid beta peptide deposition in the combined model of Alzheimer’s and diabetes offers a new therapeutic target to work with, according to the authors.

The description of the process of amyloid-beta peptide deposition in the combined model of Alzheimer’s disease and diabetes offers a new therapeutic target in which to work to delay or prevent the development of this dementia, point out the authors. This is one of the main ways to explore in the future.

In recent years, diabetes and pre-diabetes have been identified as a risk factor for dementia, but the mechanisms that mediate this relationship are not fully understood. This work sheds light on one of the ways in which type 2 diabetes mellitus or its earlier stage, pre-diabetes, contributes to cognitive decline and accelerates the progress of Alzheimer’s disease. The study describes a new evolution of beta-amyloid pathology in patients with Alzheimer’s who also suffer from pre-diabetes or type 2 diabetes. is suffering from Alzheimer’s and other developments when suffering from this dementia together with type 2 diabetes or pre-diabetes. In the combined model, a greater accumulation of beta-amyloid peptide is observed at the vascular level, which is known as beta-amyloid angiopathy. Furthermore, diabetes favors the soluble forms of the beta-amyloid peptide, the most toxic and harmful to neuronal tissue. This modification of the beta-amyloid pathology increases oxidative stress at the neuronal and vascular level. All this facilitates the rupture of blood vessels in the brain and potentiates the neuronal death typical of Alzheimer’s disease.

The research was developed thanks to a sophisticated technique of multiphoton microscopy in live animals, which allows monitoring the same animal and a brain pathology over time.

The next question we ask ourselves is: by controlling diabetic pathology, can we control or reduce the progression of beta-amyloid pathology and its consequences?

“This reduces the number of animals needed in the research, undoubtedly a great advantage over more rudimentary techniques, which triple the number of animals needed to carry out an equivalent study”, explains UGR professor Juan José Ramos. ‘In vivo’ multiphoton microscopy is a technique available to few laboratories, capable of offering data and images that would not be obtained with other techniques.

“The next question we ask ourselves is: by controlling diabetic pathology, can we control or reduce the progression of beta-amyloid pathology and its consequences?” concludes the researcher from the University of Granada.