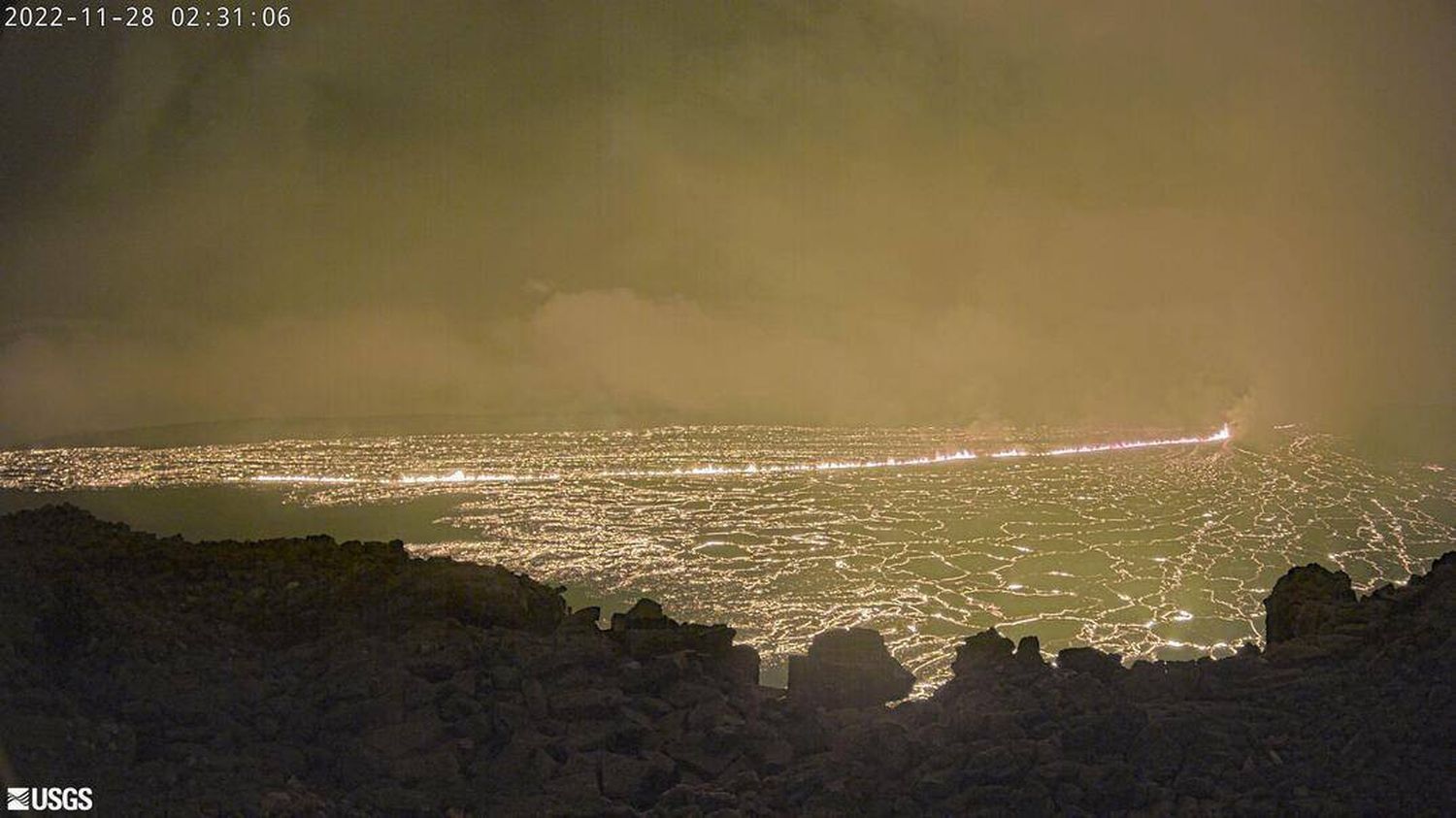 The world’s largest active volcano, Mauna Loa, erupted for the first time in nearly 40 years. He projected ashes on the American island of Hawaii, Sunday, November 27, without threatening homes for the time being. The eruption began at 11:30 p.m. local time, the American Institute of Geophysics (USGS) announced in a warning message.

“Currently, the lava flows are contained at the summit and do not threaten populations downstream”, he first clarified. On Monday morning, in response to a photo posted to Twitter appearing to show lava, the USGS said it “looks like lava may be escaping from the caldera”. “There is no indication of any progression of the eruption into a rift zone”which allows magma to travel underground more easily, the institute added.

Mauna Loa began to erupt at 11:30 PM HST on Sunday. The eruption is currently confined to the summit, and there is no indication that magma is moving into either rift zone. HVO is closely monitoring. Follow @USGSVolcanoes for updates. Find webcams here: pic.twitter.com/dv6vJBsASo

“The early stages of a Mauna Loa eruption can move quickly, and the location and advancement of lava flows can change rapidly”, had warned the institute on Sunday. The US Weather Service (NWS) also warned that volcanic ash could accumulate around the volcano. Mauna Loa has erupted 33 times since 1843. The last was in 1984, and lasted 22 days.