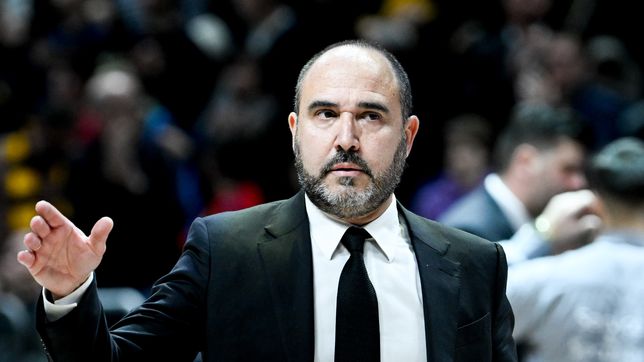 Chus Mateo, coach of Real Madrid, was satisfied after the victory achieved by his team in the Euroleague on the court of the Alba Berlinbut noted that “for now” They have not achieved “nothing” and they must “keep working”.

“It’s very important to win away from home, especially getting two wins in a row. Is not easy. It is good for us to understand that we are doing a good job and we have to continue because so far we have not achieved anything, we have not reached any goal. you have to keep working”, he pointed out at the foot of the track.

On the development of the clash, he commented: “They began to score from outside, It’s something we had to be careful with. They play a lot from the bow and once they started scoring, they came back. Despite this we remained consistent, we were able to be solid in the end. We were together, everyone did a lot of positive things and I’m very happy”.

Walter Tavares, Real Madrid’s Cape Verdean center, welcomed the victory achieved this Thursday by his team at the Alba Berlin court in the Euroleague, and opined that “being consistent” was key to achieving the goal.

“I think the key was to be consistent during the game. He knew his coach for years And he knew that he never gives up. This team has kept fighting until the end, he never gave up. It’s been tough for us but we stayed focused and we won. We will try to continue playing like thisYes, to remain consistent. There is still a long way to go Final Four and we have to work every game”, he said about the parquet.

In his case, he grabbed a total of eleven rebounds and put in four blocks: “I’m here for whatever the team needs, sometimes it’s in attack and sometimes in defense. I know that my first task is to defend And if I do it well I can’t say much more”.

Muse, decisive in the end

The Bosnian Dzanan Musa, Tavares’ teammate at the white club, highlighted the role of the opponent: “We said it before the game, it’s a great team with a lot of talent. They played forty minutes without giving up. I am happy for the team because it is not easy to win in Berlin and because we continue in a good dynamic this season in the Euroleague”.

He also delved into the management of the minutes where everything became more difficult for them: “We have a lot of experience to realize that when the game is going badly we have to stop, do things as we know. It is very important for us to get two wins in a row away from home”.