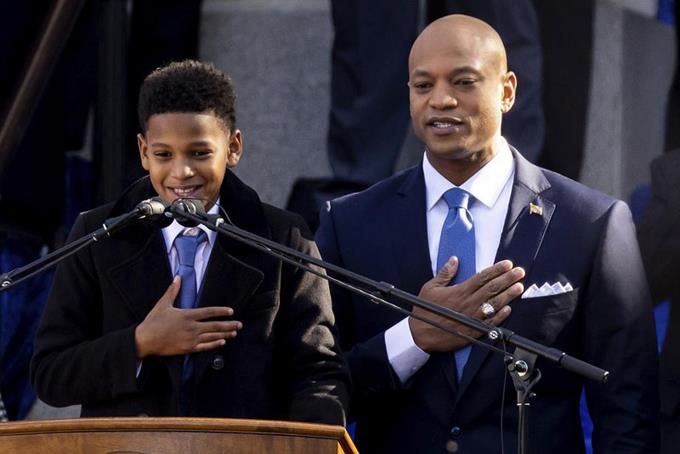 Wes Moore was sworn in Wednesday as Maryland’s first black governor, pledging to work for greater inclusion and economic equity while also focusing on improving education, and fighting crime and climate change.

Moore, after being introduced by Oprah Winfrey to the Maryland House of Representatives, noted that the state is one of the richest in the country, but also described it as “rich in assets and poor in strategy.”

“It is time for our policies to be as bold as our aspirations and to confront the fact that we have been offered false choices,” Moore said. “We don’t have to choose between a competitive economy and an equitable one.”

The 44-year-old Democrat, who won in a landslide in November, also vowed to fight violent crime. Many Marylanders have lost faith in the government’s ability to keep us safe, he said.

Moore said the state can build a police force “that moves with appropriate intensity, absolute integrity and complete accountability, and accept the fact that we cannot and will not militarize to be safe.”

Iturralde González, on the disallowed goal against Rüdiger: “That’s football…”