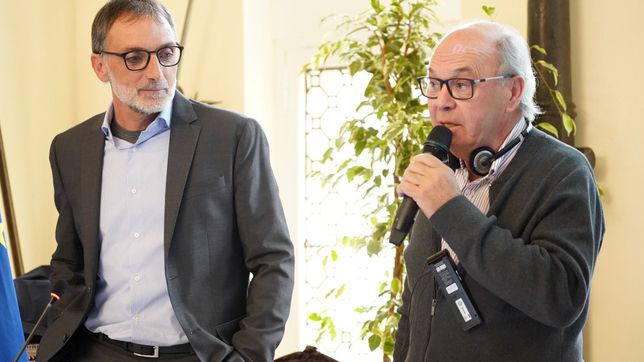 The last edition of the Vuelta a Burgos, held in this 2022, It was not one more for Marcos Moral, its director since 2009 and a tireless worker to improve the Burgos round for 42 years, since it was the last one before his retirement. As pointed Burgos Sport, The Burgos round was consolidated in the national and international cycling calendar thanks to the work of many people, but especially, from the technical section, by the efforts of people like Marcos Moral, that year after year they put in ideas and hours of work to improve the race, which for several years has been an unavoidable event for the great teams and riders on the global cycling scene.

For all this, he was honored by AIOCC (International Association of Cycling Race Organizers). “After more than 40 years in the organization of the Vuelta a Burgos, the last thirteen as race director, Marcos Moral has been honored this year by the AIOCC”, they say in a statement. “Awarded since 1960, the Trophy rewards each year an influential personality in cycling. Over the years, honorees have included Eugene Christophe (1965 honoree), who won Milan San-Remo 1910, Jacques Anquetil (1974 honoree), five-time Tour de France winner Jacques Goddet, as well as Eddy Merckx, which has been on two occasions, in 1980 and 2021”, they add.

War in Ukraine LIVE: kyiv deplores the “indecision” of Westerners on the delivery of heavy tanks…