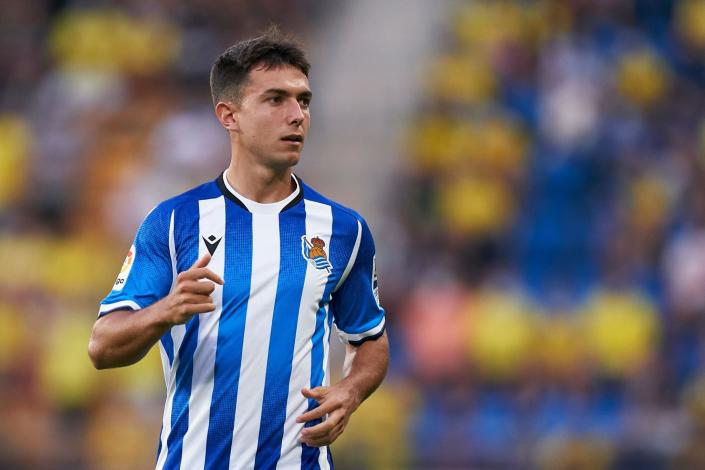 As reported by the Express UK newspaper, the Manchester Utd Are you interested in getting the services of Martin Zubimendi in the next summer transfer market. This is not surprising news due to the impressive performance of the Spanish midfielder in recent years.

The Red Devil team is looking for a midfielder with creative and organizational qualities for next season with the intention that he can be Casemiro’s partner and put together a top-level European midfielder. Christian Eriksen is the one who has been occupying that role in recent months, but Erik Ten Hag’s intention is for the Dane to be able to play a little higher up the field. Closer to Bruno Fernandes and company.

Martín Zubimendi is an option that the club likes a lot due to his youth, projection and ability to organize the team from the ball. He is a profile that fits perfectly into Ten Hag’s plan.

On the other hand, its price is much lower than that of names like Frenkie de Jong, Jude Bellingham and Declan Rice. The Spaniard has a termination clause of 60 million euros in his contract with Real Sociedad, so it is a market opportunity for Manchester United, which we know is one of the clubs with the most money in all of Europe.

FC Barcelona is another club that has shown interest in taking over their services, but they know that it will be difficult to compete economically with a great from the Premier League at this time. Zubimendi would be delighted to make the leap to a great player in Europe, also thinking of earning a place in the Spanish team in the short term. Where will the Real Sociedad midfielder play next season?