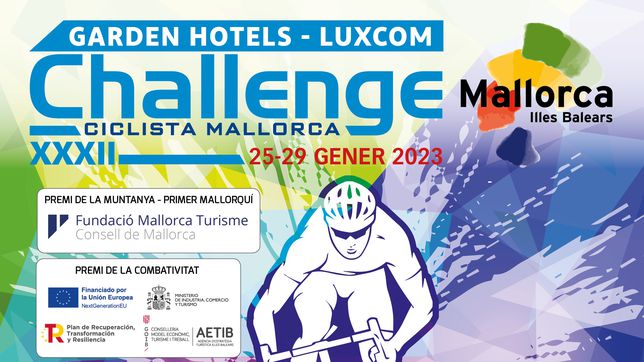 One more January comes the Challenge of Mallorca, the race that marks the beginning of the year for many runners and does so on Spanish soil. Used to more pleasant temperatures that in the rest of Spain, for this edition, which will be the 32nd, the Challenge will be marked by rain and low temperatures. In total, it will consist of five trophies, as in 2022, and with a large list of participants. In addition, a decade later it can be seen on television. We review the five profiles of the different Trophies:

The peloton for this 32nd edition of the race will be made up of a total of 21 teams (after the withdrawal of the Kiwi due to last-minute problems with UCI licenses), eight from the UCI World Team category (Movistar, Quick Step, UAE, Cofidis , Bora, Education First, Intermaché and Arkea), 10 UCI Pro Team (including Caja Rural, Burgos, Euskaltel and Kern Pharma), 3 UCI Continental Team, as well as the Spanish Track Team.

Some illustrious like Julian Alaphilppe, Iván García Cortina, Jesús Herrada, Tim Wellens, Brandon McNulty, Guillaume Martin, Lennard Kämna, Thomas de Gendt… will be part of the game. Except for the fifth and last test, with flat terrain, the previous four will have broken terrain in which various runners, such as those mentioned, will have numerous sources.

Prizes of each Trophy