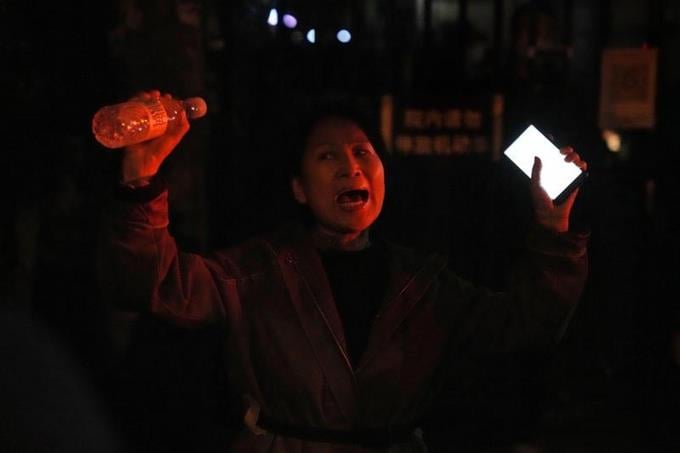 The Chinese authorities eased measures against the virus in some places but reaffirmed Monday in the country’s rigid “zero COVID” strategy, after a crowd called for the resignation of President Xi Jinping in protests against the controls that confine China. Millions of people to their homes.

The government had no comment on the protests or criticism of Xi, the largest demonstration in decades of opposition to the country’s ruling Communist Party. There was no official data on how many people were detained after police used tear gas on protesters in Shanghai and had trouble containing protests in other cities, including the capital Beijing.

The Beijing city government announced that it would no longer place access doors in apartment blocks where infections were detected. He made no mention of a deadly fire last week that sparked the protests, after people online indignantly asked whether firefighters or people trying to escape had found locked doors or other anti-virus measures.

The “zero COVID” policy, which aims to isolate all infected people, has helped keep infection numbers in China lower than in the United States and other large countries. But in some places people have been confined at home for up to four months and there have been complaints of irregular food supplies.

The government promised last month to reduce complications with changes to lockdowns and other measures. But discontent is growing after an outbreak of infections forced cities to tighten their controls, prompting complaints that overzealousness in fighting the public harms the population.

The ruling party’s newspaper, the People’s Daily, called for the anti-virus strategy to be implemented effectively, suggesting that the Xi government had no plans to change course.

The facts have shown that each version of the prevention and control plan has withstood the test of practice,” wrote a columnist for the newspaper.

Also yesterday Monday, the commercial and manufacturing metropolis of Guangzhou, in the south, and where the infections are now concentrated, announced that some residents would no longer have to undergo massive tests, something that it attributed to the need to save resources.

Protests spread to at least eight major cities after at least 10 people were killed in a fire at an office building in Urumqi, in the northwestern region of Xinjiang, on Thursday.