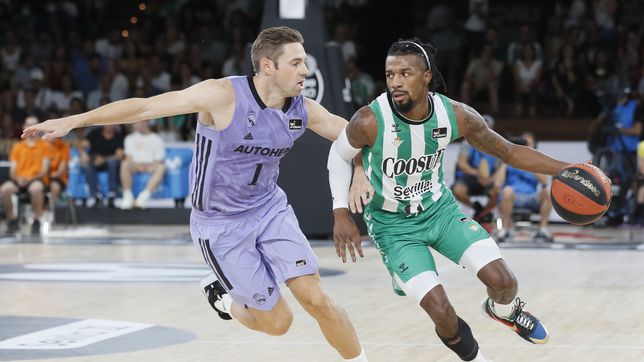 Just three weeks ago, Chus Mateo’s new Real Madrid hit rock bottom in Zaragoza against the then bottom team in the Endesa League. Today, in Seville, he returns to visit the occupant of the last place in the classification, but the situation is very different. unlike then (that defeat was the fifth in a stretch of nine games), now Madrid is in the best moment of play of the season and on a streak: five wins in a row between the League and the Euroleague.

No one asks for the coach’s head anymore, a runrún that began to threaten the stability of the club and the team. Names of possible substitutes for Mateo appeared that, more or less adjusted to reality, certainly did not help the general atmosphere. But the whites, starting with the calm shown by their coach and continuing with the performance of the players, have once again taken over the discourse on the court, with the ball, which is what counts. Today they are looking for the sixth consecutive victory after a double day, and triumphant, of the Euroleague. With what this can lead to fatigue and euphoria. “Past experience has to be worth us and know understand what the Endesa League matches are like when you play Euroleague doubleheaders. We cannot be distracted by any compliment that may come. We must have our feet on the ground and be able to face the matches with the right motivation”warned the white coach in the previous one. The whites have a 1-1 record in the league after the two European doubleheaders that have been played until now.

Madrid travels to the Andalusian capital with the usual string of casualties (Rudy, Hanga and Yabusele, as well as Alocén and Randolph), although since this week they have had Fabien Causeur again. In front you will have a Betis with important absences inside (Nzosa and Gerum) and with the urgent need to win after losing the last five games. To find the last and, by the way, only victory of the course, must be dated back to October 8.

THIS IS HOW THEY ARRIVE