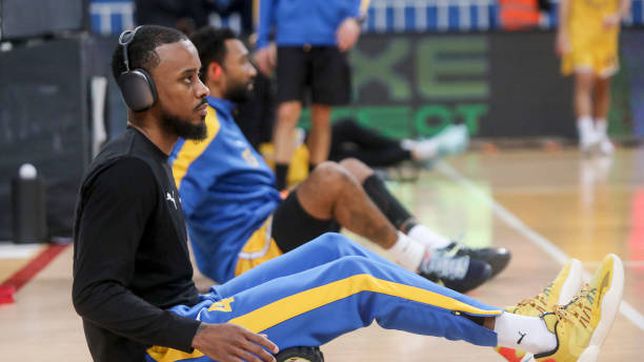 A hard blow to Maccabi Tel Aviv in the middle of the fight to settle in the top eight of the Euroleague. Lorenzo Brown (32 years and 1.96 m) will be out for at least two to three weeks due to the sprained ankle that he suffered almost five minutes into the matchday 20 of the top continental competition against Alba Berlin. The Maccabees won 87-74 and have a record of 11-9. Once these 14-21 days are over, the player will be re-evaluated by the club’s medical services.

Brown’s absence is not a simple absence. The American point guard, Eurobasket champion with Spain last summer, is the great star of Maccabiwho took over his services at the end of June after passing through Unics Kazan, absent from this Euroleague due to the sanction on the Russian clubs for the invasion of Ukraine.

It is currently one of the best some of the Euroleague. He is 4th in assists (6 on average); 5th in steals (1.5); 6th in points (16.6) and 10th in PIR (17). He got the MVP of the 5th day of the competition with a PIR of 33 against Greek Panathinaikos and came close to it in the 11th: the defeat against Bayern Munich prevented his 43 PIR from meaning his third prize of the week in the Euroleague, the second with Maccabi.

In addition, he shares the record for the most assists (11) distributed in a single Euroleague game with the Maccabean club’s historical figures such as Nikola Vujcic (2002-08) and Yogev Ohayon (2011-17). And he is a true hero for the Israeli fans, who have already ‘composed’ a song in his honor: Lorenzo Brown, olé, olé, olé, le, le, Lorenzo Brownsings The Gate, the boisterous and suffocating crowd of Maccabi animation.

A role that has led the whole of Tel Aviv to speed up contacts to renew a two-season contract with a low exit clause to Spain, according to Israeli journalists, due to the stalking of the great teams on the continent.

With the reps of Lorenzo Brown in Israel Maccabi TA started working on the extension of one of the top PG’s in the EuroLeague this year. Brown is having a standout season as his putting up a very good case for an all EuroLeague team selection