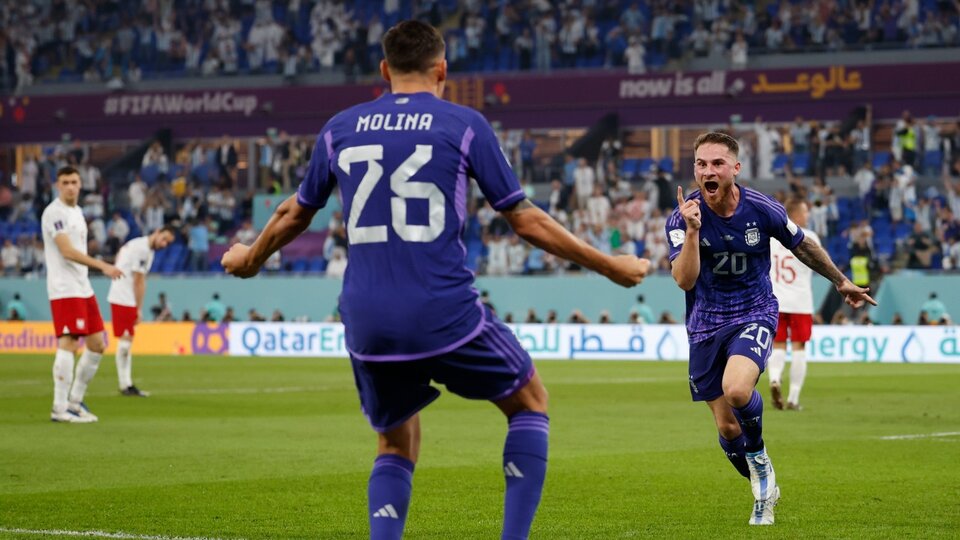 The midfielder of the Argentine National Team, Alexis Mac Allister, stated that “the team went back to” being the one before“Then the victory against Poland 2-0 that qualified him for the round of 16 of the Qatar 2022 World Cup in which he will face Australia next Saturday.

“We played well. We didn’t despair when we couldn’t find the goal and we went back to being the team we were before. We treated the ball well and I think we played a great game“, declared the author of Argentina’s first goal.

Then, Mac Allister, a Brighton player from England, spoke about his performance: “I think I fulfilled what they asked of me. Luckily I was able to define a good play and I scored a very important goal. But what matters most is the performance of the team and the classification”, said the exvolante of Argentinos Juniors and Boca.

In turn, the defender Nicolás Otamendi, another of the National Team’s figures, valued the team’s performance. “We played well and we showed what we can give. But mainly we were more effective than on other occasions; We had the chances and we made them happen”expressed the defender of Benfica.

Otamendi also made reference to the Polish goalscorer Robert Lewandowski: “I am not going to discover that he is a very difficult player, but I think we marked him well and he couldn’t do much. Here it matters that the team played very well. And now we are looking forward to what is to come, which will be another difficult opponent like Australia. We don’t have to give away anything to avoid surprises and keep thinking ahead,” said the former defender from Vélez.