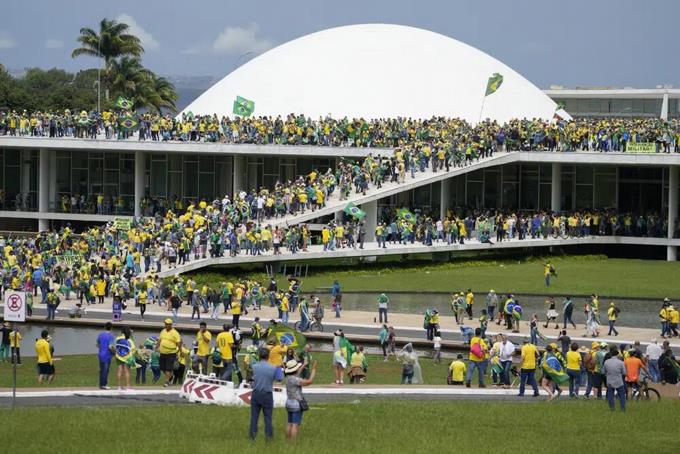 The president of Brazil, Luiz Inácio Lula da Silva, said this Wednesday that after the coup attempt that took place on January 8, he had the "Print" that former President Jair Bolsonaro "knew everything"during an exclusive interview with the Globonews news channel.

For the Brazilian president, the fact that the far-right leader had remained silent after the defeat in the presidential elections, that he had gone to Miami and the silence he maintained after the attacks gave him the "impression that he knew everything that was going on".

"I was left with the impression that it was the beginning of a coup and that they were following orders that Bolsonaro had sent a long time ago."assured the president.

"Possibly Bolsonaro was hoping to return to Brazil in glory in one coup"he added.

In the interview, Lula asked that all those responsible be investigated and pointed out that respect for the principle of presumption of innocence will be preserved during the investigations.

Likewise, Lula insisted that all those who participated "they have to be condemned" because otherwise "democracy cannot be guaranteed".

On January 8, thousands of Bolsonaro radicals attacked the headquarters of Congress, the Supreme Court and the Presidency in an attempt to overthrow Lula’s government, leaving a blanket of destruction in their wake.

Due to the vandal attacks on the three seats of power, at least seven investigations have been opened and more than 1,800 people have been arrested, although a third were released by "humanitarian affairs" and can answer freely for the process.

Among those investigated, the court included former President Bolsonaro, for his alleged participation as the mastermind of the coup attempt, and his last Justice Minister, Anderson Torres, who was in charge of the security of Brasilia at the time of the coup attempt. He was arrested last Saturday.