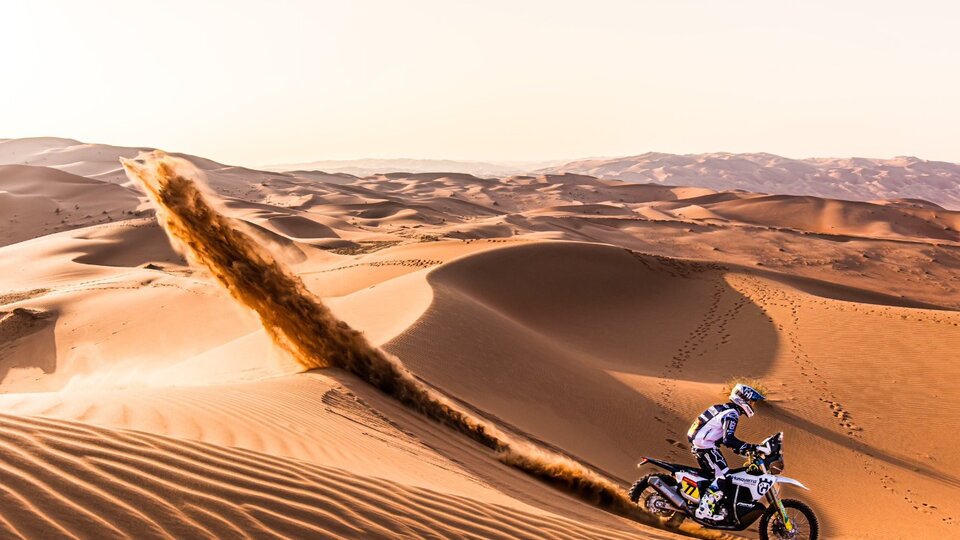 The Argentine Luciano Benavides (Husqvarna Factory Racing) obtained his third partial victory in the 2023 Dakar Rally that takes place in Saudi Arabia, where his brother Kevin, from the Red Bull KTM team, resigned the leadership of the general motorcycle classification for his tenth place at the start of the Empty Quarter marathon.

The youngest of the Benavides led a test of 427 kilometers (274 timed) with a time of 2h57m59s, ahead of the Australians Daniel Sanders (Red Bull GasGas) and Toby Price (Red Bull KTM).

“It was a very nice stage, I had a lot of fun, dunes all the time. I felt like racing in motocross. I did my best and enjoyed it a lot. I was very happy with the pace and speed, it was something I was looking for “, affirmed the winner of the eleventh segment in statements to the official website of the rally.

Fourth was the American Skyler Howes (Husqvarna Factory Racing), who with that position regained first place in the accumulated table that he had lost on Wednesday to Kevin Benavides, who came out tenth.

With three stages to go, the motorcycle category reflects a definition in which every second counts: Howes is in front with an overall time of 38:47:43, followed by Price (+00:28) and Kevin Benavides (+2:44).

Then, more than 10 and less than 20 minutes away, the Chilean Pablo Quintanilla and the Frenchman Adrien Van Bereven, both from Monster Energy Honda and Luciano Benavides, take the sixth place.

The Dakar 2023 will continue tomorrow with its eleventh stage of 376 kilometers (185 of special) that will complete the so-called Empty Quarter marathon, a novelty introduced this year by the organization.

It is a tour divided into two days over the Rub Al Khali desert, an empty region, with no record of life, with an area of ​​650,000 square kilometers covered only by sand, with dunes that reach 250 meters in height.

In the quad division, the Brazilian Marcelo Medeiros (Taguatur) repeated the victory of stage 10, this time escorted by the French Alexandre Giroud (Yamaha Racing SMX Drag’on) and the Argentine Francisco Moreno Flores (Dragon), who took the podium for the sixth time in this edition.

The 2021 champion of the category, Manuel Andújar (7240 Rally Team) from Lobo left the stage due to mechanical problems at kilometer 70 and was left out of any possibility of fighting for the title, which, barring unforeseen events, will once again be held by Giroud.

The Frenchman, winner of the first five days, intelligently manages a wide advantage and has Moreno Flores as his main pursuer, a distance of 1 hour, 20 minutes and 23 seconds in the general classification.

The same situation is replicated among the cars with the Qatari Nasser Al-Attiyah (Toyota Gazoo Racing), on track to renew the crown with a light of 1 hour, 21 minutes and 4 seconds in relation to his escort in the accumulated, the Brazilian Lucas Moraes (Overdrive Racing).

The Arab rider finished fifth in the tenth stage, which was won for the fourth consecutive day and fifth time in the 2023 Dakar by Frenchman Sebastian Loeb, from the Bahrain Raid Xtreme team.

To win his first Dakar, the Frenchman, third overall, needs a black day from Al-Attiyah, who leads him by 1:30:41, as a result of his regularity throughout the competition.

In the car division, Argentines Juan Cruz Yacopini (Overdrive Racing) and Sebastian Halpern (X-Raid Mini JCW) occupy tenth and twelfth place, with expectations of finishing the rally among the best.