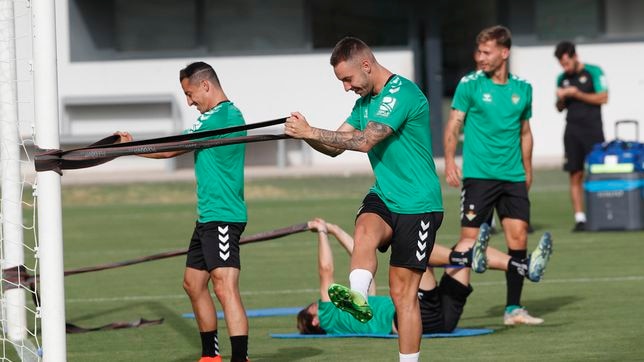 Loren Morón has a contract with Betis until 2024. His role, however, is far from what he wanted to continue looking for an opportunity in the team that elevated him to the elite. After a summer in which he had a foot and a half away from the club, the player decided to stay and sigh for one more opportunity under the command of Manuel Pellegrini despite the fact that the challenge was close to utopia. The coach made it clear that Borja Iglesias and Willian José were ahead in their preferences and that their minutes would be counted, if they arrived. With this, he started the League with two appearances for a short time in the first two days due to problems with the registration of several footballers. After that, no minute and an expected absence from the list of those registered in the Europa League. His future seems uncertain as of January.

Loren has no weight in minutes on the pitch, but yes in a dressing room that always considered him one more of this project. So much so that the player traveled to a duel in the Europa League despite not being registered and without the option to play. His alliance with Borja Iglesias, his great competitor in the position, is total: they join forces in training and are a constant support for mutual progression. But Pellegrini hasn’t found a place for him so far and the option for him to leave in the winter market is gaining momentum. The club needs to release more wages and the striker needs minutes so that his career does not stagnate after several months full of greys.

Loren did appear in the friendlies of Betis in South America. Pellegrini placed him in the left zone of the attack to see if the striker could offer him more alternatives when the absences multiply. He accepts any adaptation, but he knows that he has a greater difficulty than anyone when it comes to gaining a place in Heliopolis. The player already analyzes possible moves and the entity understands that perhaps the time has come to find a destination in which to continue growing after several campaigns of doubts.

Canada: A man wins the Lotto twice within three weeks of each other