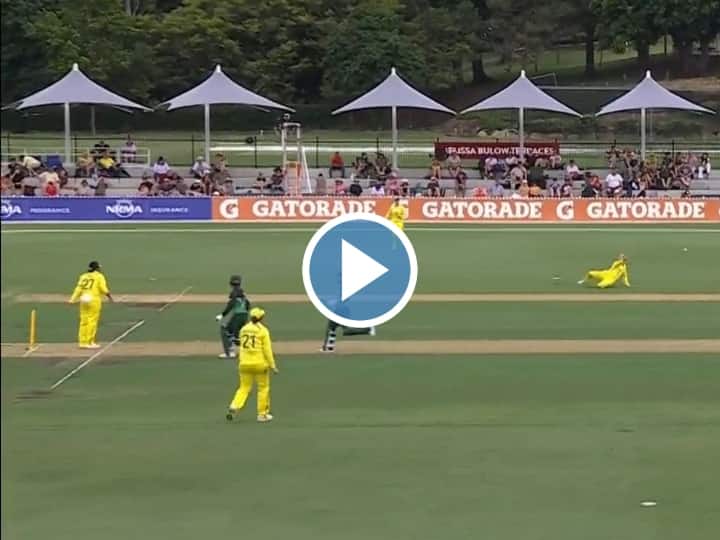 The Pakistan cricket team is often famous for losing their wickets by running out of them. Players on the team burn out due to each other’s mistakes. This is often seen in the Pakistan men’s team. But now something similar was also seen in the women’s team. The video of his incident is going very viral on social media.

These days the Pakistan women’s team has gone on tour in Australia. A total of 3 ODIs and 3 series of T20 matches between the two will be played here. This was seen in this run out in the first ODI match played on Monday 16th January. The video of him was shared by cricket.com.au on Twitter. In this video you can see that Alana King, who is pitching the 31st of the inning, threw out the third pitch. On this ball, Nida Dar shot for offside. Captain Meg Lanning, who was on the pitch there, dropped the ball and goalkeeper Mooney ran it over.

In this run, both batsmen had reached the end of the bowling. After leaving, Nida Dar began to return to the pavilion. But then seen on replays, it was found out that Kainaat Imtiaz is out. He scored 2 runs off 15 balls. While Nida Dar played a 59-run innings.

In the first ODI, Australia won by 8 wickets under the Duckworth-Lewis method. Given the invitation to bat first by lot, Pakistan scored 160 runs in 40 overs with the loss of 8 wickets. The Australian team went out to chase runs and scored 158 runs in 28.5 overs at the loss of 2 wickets. Following this, due to rain disruption, the Australia team were awarded the match by 8 wickets due to the Duckworth-Lewis rule.