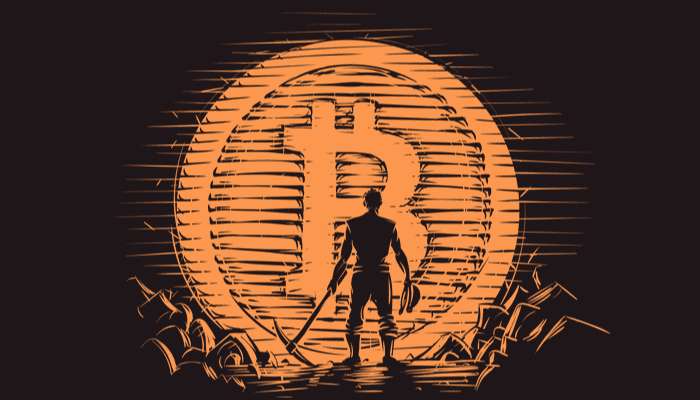 The Bitcoin (BTC) network is powered by raw computing power provided by BTC miners. Miners are constantly generating hash keys with the aim of adding a transaction block to the blockchain. Such a hash key is a long string of letters and numbers and it must start with a number of zeros determined by the protocol.

Whoever gets this done first gets a new one block and walks off with the block grant, which currently stands at 6.25 BTC, and the transaction fees. Last week a small solo miner got all the luck in the world and walked away with the jackpot.

A solo bitcoin miner with an average hash rate of just 10 TH/s (terahashes per second) won the race to add block 772,793 to the blockchain on Friday. At that time, the total hashrate was just over 269 exahash per second. This means that the solo miner’s hashrate represented only 0.000000037% of the total computing power of the network.

The miner has therefore been extremely lucky to have won against the competition. The miner was affiliated with Solo CK, an online mining service that facilitates individual mining. With this you are completely on your own and you do not bundle your computing power with others. This does happen in a normal mining pool and logically the proceeds in that case are also divided equally among all participants of that pool.

According to the mining pool admin, this was one once in a lifetime moment for the miner, since a miner of his size is normally allowed to add a new block to the blockchain once every 500 years. He calculated this based on the current degree of difficulty of the process.

A miner of this size should only find a block solo about once every 500 years at the current bitcoin difficulty, making this a once-in-a-lifetime lucky event for them.

The majority of all new transaction blocks are produced by large mining pools that pool their computing power. According to BTC.com Foundry USA is currently the largest pool with a collective computing power of 90.19 EH/S. This totals 32.9% of the network’s total hashrate, meaning participants earn a share of the reward and transaction fees on average at one in three blocks.

Huracán-Yupanqui and Defensa-Ituzaingó for the Argentine Cup, at what time and how to see them