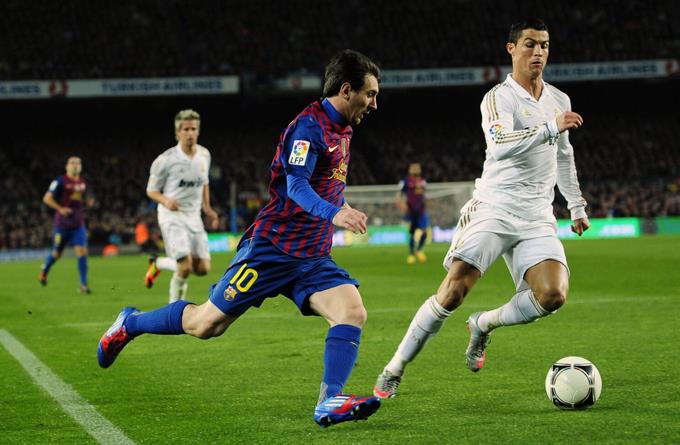 One of football’s great rivalries will resume in the unexpected setting of Riyadh’s King Fahd Stadium.

The appointment will be on Thursday for another chapter of Lionel Messi vs. Cristiano Ronaldo when Messi’s Paris Saint-Germain face a combined Al Nassr and Al Hilal clubs from Saudi Arabia in a friendly match.

Riyadh is the home where Cristiano has settled for the last few years of his illustrious career after signing a $200 million deal with Al Nassr.

The match against Messi and PSG will allow the Portuguese star to evoke the most glorious stage of his career before Cristiano focuses on Al Nassr’s domestic campaign and qualifying for the Asian Champions League.

The Messi-Cristiano rivalry reached its height when they militated with Barcelona and Real Madrid, respectively. Their prodigious goalscoring quotas made them the greatest figures in Spanish and European football.

Facing Messi in these circumstances would have been unthinkable a year ago when Cristiano was still contributing an appreciable share of goals for a downtrodden Manchester United.

Messi and Cristiano have had different luck in the last 12 months. Messi finally became a World Cup champion with Argentina in December. Cristiano lost ownership both with the national team and his club. In addition, United terminated the contract of the Portuguese star and he ended up in Al Nassr, one of the most amazing signings in history.

It will be Cristiano’s first match in Saudi Arabia after serving a two-match ban by the Football Federation for throwing a fan’s mobile phone after United’s game against Everton in April.

His debut with Al Nassr, leader of the Saudi league, will be on Sunday against Ettifaq.

Cristiano will not lack motivation when facing Messi and PSG’s constellation of stars, which could include Kylian Mbappé and Neymar.

After the World Cup, he focuses on repeating champion with PSG in the French league. He also wants to lead the Paris club to its first European Champions League conquest.

Messi’s great World Cup in Qatar has left the Argentine with an advantage in the one-on-one between the two stars.

Nothing that can happen on Thursday in Riyadh will change things in the debate. What it does serve is so that Cristiano can remind those who say that he is finished that he should still stand on the same footing with Messi.