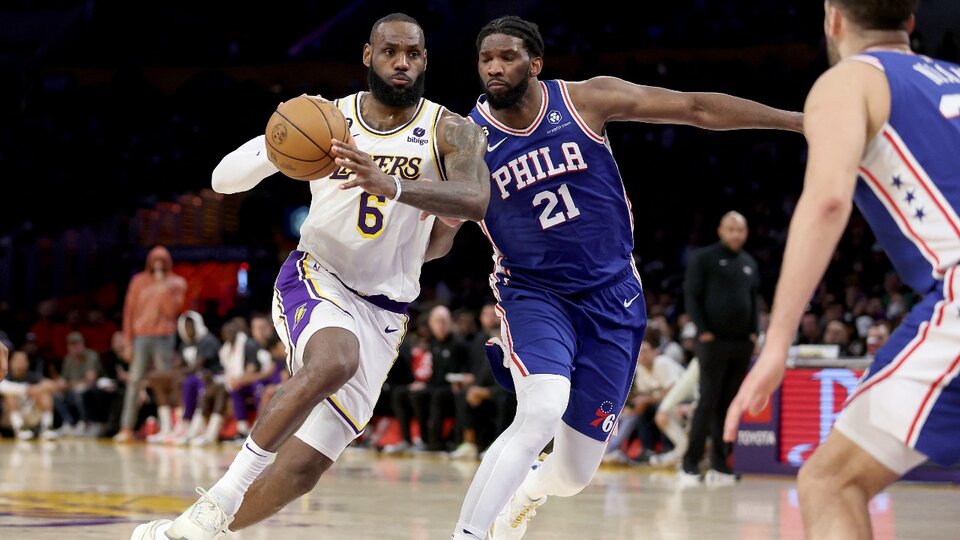 LeBron James reached 38,000 points scored in the NBA and he became the second player in history to do so, joining the legendary Kareem Abdul-Jabbar.

At 38 years old and in his 20th season in the NBA, LeBron is performing one of his best scoring tasks with the Los Angeles Lakers and this Sunday night he contributed 35 points to the frustrated cause of his teamwhich fell 113 to 112 at home against the Philadelphia 76ers.

LeBron also added 8 rebounds and 10 assists and he averages 29.2 points -the fifth highest number of his career-, 8.4 rebounds and 6.9 assists in the season for the team with which he was champion in 2020 but has not raised his head since: he did not qualify for the playoffs last season and in this edition he is not achieving it either, with a record of 19 wins and 24 losses, ranking 13th over 15 teams in the Western Conference.

A little bit from Abudl-Jabbar

A) Yes, He was very close to the intern Abdul-Jabbar and his 38,387 points achieved in 20 seasons as well, with the Milwaukee Bucks and Lakers jerseys.

“Being here and knowing that I’m about to probably break the most sought-after record in the NBA, something people said could never be achievedit’s super overwhelming for me and super cool,” LeBron had said before starting the season.

Last season, the forward became the leading scorer in NBA history if points scored in the regular season and playoffs are added, but the official NBA record does not add both statistics.

As for the game with Philadelphia, Los Angeles suffered again from the bad decisions of base Russel Westbrook, who had final possession in his hands. The point guard, who for the first time in his career has come off the bench, took the rebound with the game 112-113 and commanded the attack with 15 seconds leftwithout dead time on the part of his technician.

The point guard of 34 years and 1.90 meters was paired with the giant Joel Embiid (2.13) but he got tangled up with the ball and ended up tight for the clock, attempting a pass that hit the hoop uncharacteristically with just three seconds left. The ball was kept by Philadelphia and the victory, too.

Still, Westbrook was the second leading scorer for the Lakers with 20 points (he also signed a triple double with 14 rebounds and 11 assists). A) Yes, between James and the point guard they added 55 points, while the rest of the team had 57.

On the Sixers side (27 wins and 16 losses), Cameroonian Embiid was a titan in the paint (35 points and 11 rebounds) and the bearded James Harden supported him from the perimeter (24 points, 7 rebounds and 13 assists).