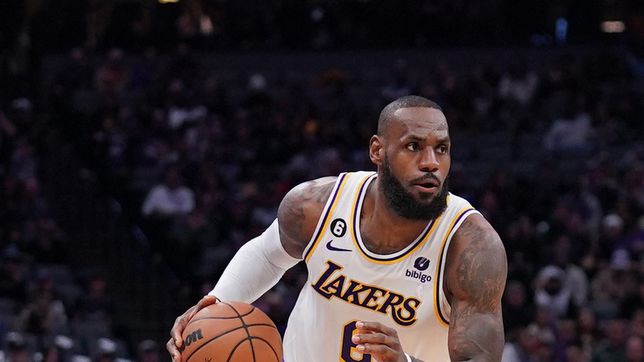 LeBron James, of the Los Angeles Lakers, Kevin Durant and Kyrie Irving, of the Brooklyn Nets, and Steph Curry, of the Golden State Warriors, continue to be, in their respective positions, the most voted by fans for the All-Star of the next February 19 in Salt Lake City, according to data provided this Thursday by the NBA.

Three weeks after the opening of the voting, whose term expires on January 21, LeBron and Durant are ahead in the preferences respectively of the West and the East.

The Greek Giannis Antetokounmpo, of the Milwaukee Bucks, is placed 41,932 votes behind Durant, while Jayson Tatum, leader of the Boston Celtics, surpassed Joel Embiid, of the Philadelphia 76ers, and is now third in the Eastern frontcourt. In the backcourt, Donovan Mitchell would accompany Irving.

For the West, in addition to LeBron and Curry, Luka Doncic, Nikola Jokic and Anthony Davis would also enter the quintets. The Lakers’ interior, however, trails Zion Williamson just 94,442 votes.

The participants in the all-star game are decided 50% depending on the votes of the fans, while the selected players and media weigh 25% each in the final result.

Fans can vote for their favorite players through the NBA app until January 21 at midnight ET.

Those who have the so-called ‘NBA ID’, which offers a series of extra benefits in the NBA application, can vote every day through the application and also on the official website of the American league.

The players chosen for the starting lineup for the all-star match will be revealed on January 26 on the ‘TNT’ channel, which will broadcast the ‘All-Star’ live.

Three dead in avalanches in Austria