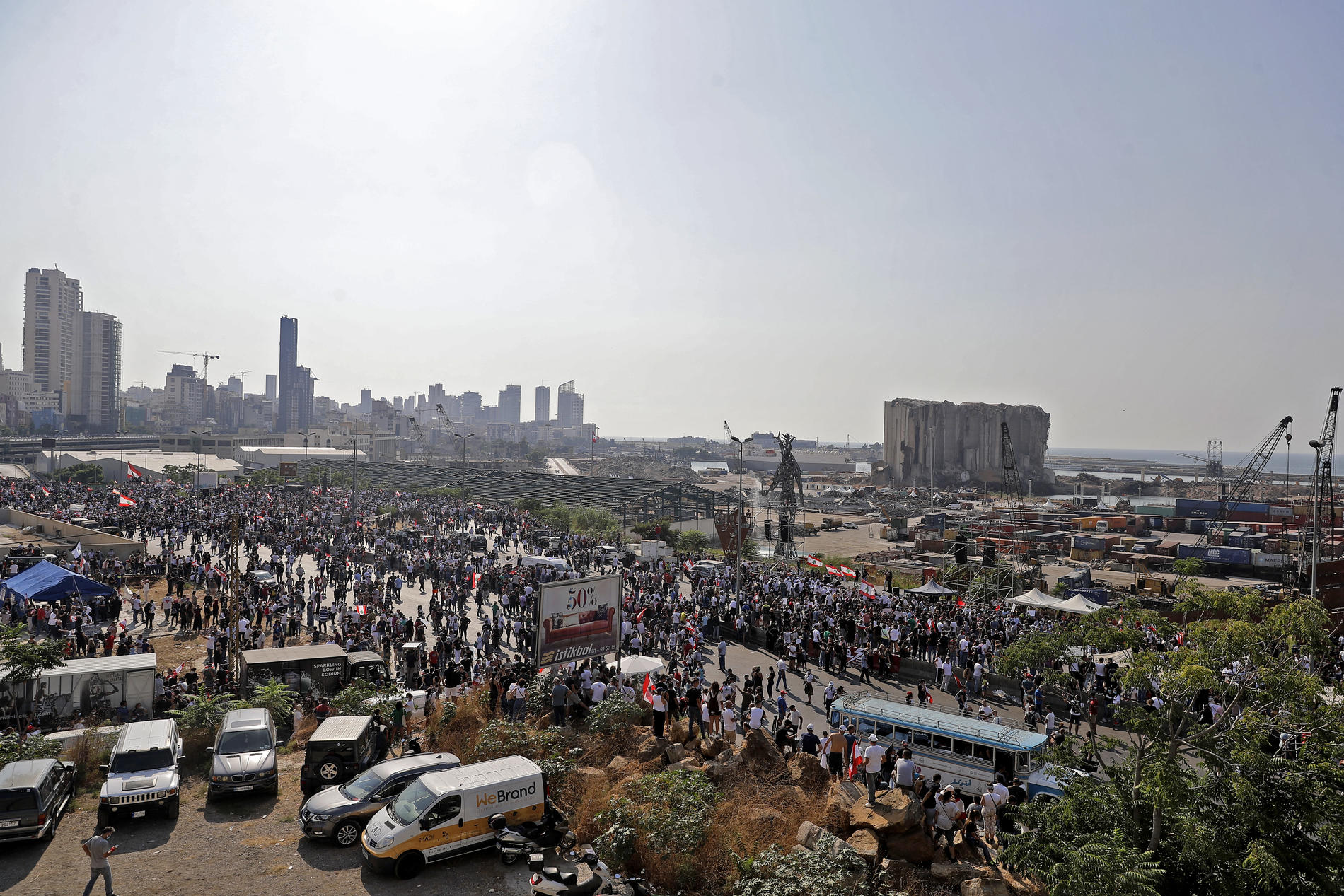 One year after the day of the double explosion in the port of Beirut (Lebanon), which left 214 dead and 6,500 injured, the country remains trapped in an unprecedented economic crisis.

Between 2018 and 2020, Lebanon’s gross domestic product (GDP) plummeted from $ 55 billion to $ 33 billion. Worse still, GDP per capita plummeted 40% during the same period, according to data released by the World Bank last June.

The financial institution makes a simple observation: The financial crisis hitting Lebanon has been one of the three largest in the world for nearly 150 years. These eloquent figures will be amplified by the double explosion in Beirut on August 4, 2020, which devastated much of the port and the city.

Present in the field once a quarter, Karine Meaux, emergency manager at the Fondation de France, describes a “very disturbing” situation from an economic point of view in everyday life. “Money has no value anymore. Restaurant owners no longer show prices and simply say: give us what you want, tomorrow it will be worth nothing … “

Currently, 55% of the Lebanese population lives below the poverty line according to the UN, that is, on less than $ 4 a day. A situation that should unfortunately worsen with the coronavirus pandemic, especially since real GDP is expected to decline 9.5% in 2021, according to new estimates from the World Bank.

In a political impasse since the resignation of Prime Minister Hassan Diab on August 10, 2020, Lebanon relies primarily on donation appeals and humanitarian organizations, which provide essential assistance to Lebanese agencies working on the ground.

“The Lebanese population is exhausted and the feeling of hopelessness dominates. The staff of humanitarian organizations in Lebanon support the solidarity and compassion that prompts them to come to the aid of their compatriots. From experience, the reaction is human and it won’t take long… ”, regrets Karine Meaux.

At a press conference on Wednesday, the President of the French Republic, Emmanuel Macron, announced an emergency aid of around 100 million euros for the next twelve months. In 2020, France sent € 85 million to Lebanon to provide immediate support on the ground.