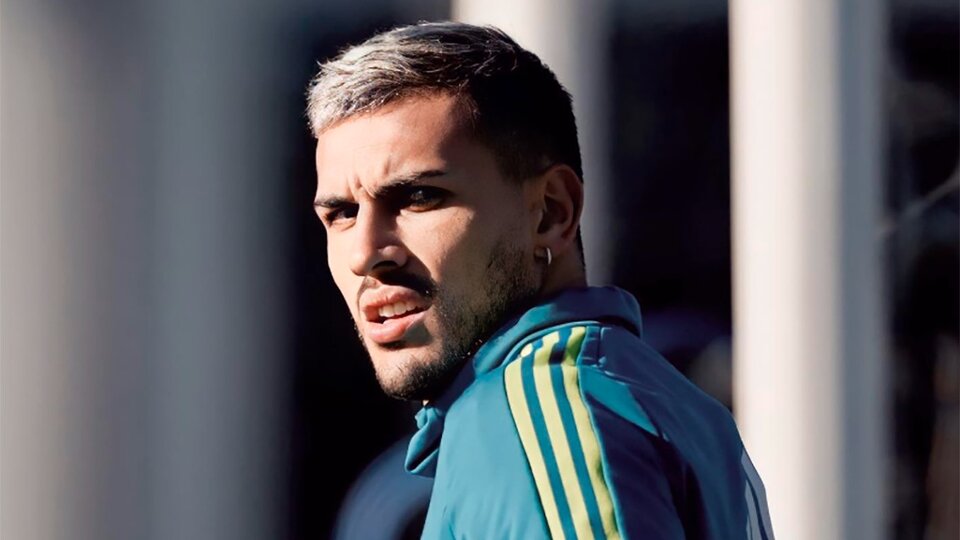 Leandro Paredes, a player for Juventus in Italy and the Argentine National Team, assured this Wednesday that he never thought they would lose the world final against France in Qatar, one month after the historic consecration of Argentine soccer.

“I never thought that the final would escape usas it happened to me that I never thought we would be left out against Mexico or in other games. The sensations at halftime of the final were more than good, they made two changes and showed weakness, but this is football and it is not explained how they tied us 2-2 in just minutes”commented Leandro Paredes in an interview with TyC Sports.

“People let you know what we’ve achieved and that’s how you slowly fall. I watch the final almost every night and without a doubt Dibu’s save at the last minute gave us the World Cup. If they scored against us, we would lose the game,” He recalled the match that ended even in three after extra time after two goals from Lionel Messi and one from Ángel Di María for Argentina and three from Kylian Mbappé for France.

The penalty of the definition and “the worst”

The exfutbolista of the Rome of Italy and the Paris Saint Germain of France -he still owns his pass- He was one of those in charge of kicking a penalty in the final round, although he acknowledged that he “thought the worst” during the entire previous walk. Paredes had just executed his last five penalties, between the Italian club and the National Team, in a crossed manner and did not change against the French Hugo Lloris: “I knew he was going to dive that way but I kicked hard and despite my slip, the ball went in.”

“We know that Dibu Martínez saves you at least one penalty and that gives us a lot of peace of mind“Said Paredes, one of the players closest to Lionel Messi on the squad, to whom he commented at the end:”At last we are world champions”and hugged him.

“We spoke with Leo (Messi) and Ángel (Di María) so that they can continue at least a few more games, we want them to enjoy being world champions. Fide had said that he would leave no matter what, but we convinced him,” he said.

The most “spicy” match of the World Cup

Although the most important game was against France, emotional memory led Paredes to the quarterfinals against the Netherlands, which also had a rival comeback at the end after a categorical 2-0 win in the first 70 minutes.

“The hottest game in the World Cup was against the Netherlands, for the previous, during and post game. They added 10 minutes to us, something rare, and all that made it epic. I threw a ball at those on the substitute bench because as soon as I recovered a ball they jumped asking for a foul, I warmed up and got away of being kicked out because one of them pushed me hard. They weren’t going to throw out two players in one match,” he explained.

“Louis Van Gaal (Netherlands coach) made the mistake of disrespecting him (Messi) and the National Team, Leo doesn’t like those things, in fact he never disrespected anyone. When Messi said ‘go on over there, silly, I was two meters away, I didn’t get to see the preview to give details but I was hot from everything I had experienced “Paredes said about his partner’s reaction.

The unexpected defeat with Arabia

The start of the World Cup was adverse for the team and for the midfielder himself who, after the surprise loss against Saudi Arabia (2-1), gave up his ownership in the team, but that did not make him angry. “because the group was above everything”.

“I did not arrive in the best way from the physicalHe came from a long stoppage and with a lot of suffering due to different injuries when compensating and misstepping. I made a great effort to be there but I was aware that not being one hundred percent was going to cost me a lot. Luckily great teammates appeared, of enormous level, and they did it barbaric”, recognized.

On the other hand, in relation to the renewal of the coach, Lionel Scaloni, opined: “For us it is the most important thing we have, he put together a huge group and is the driver of this micro. It will be important to everyone that he stays. We know that he wanted to continue, hopefully he will continue this path with us.”

“We have goals ahead of us with the National Team and with our clubs. We know what we have achieved, we are lucky to be one of the world champions of our country but we must continue with the Qualifiers and the Copa América in 2024,” said the former Boca player.

The Selection, for now, will face between March 21 and 28 two friendlies in the country against two rivals to be confirmed, in principle in the Monumental stadium and in the Racing stadium due to a matter of stadium capacity and to avoid greater physical wear on the players.

Smart home appliances do dumb things to check the internet