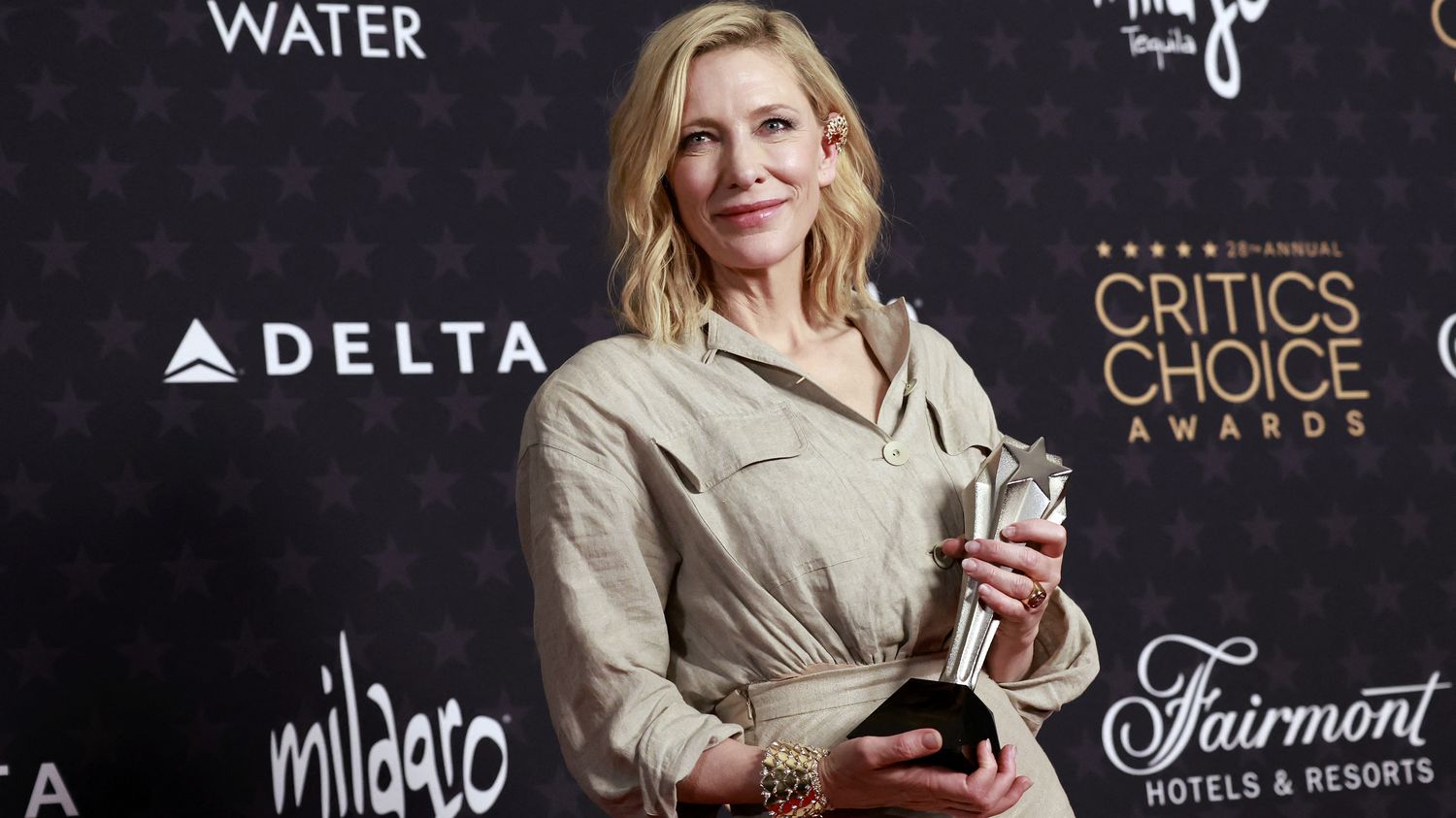 By receiving the trophy for best actress awarded in Los Angeles by the organization Critics Choice Association on Sunday January 15, Cate Blanchett attacked “the patriarchal pyramid” Hollywood award shows, wishing for a change from all “the structure”.

“What is this patriarchal pyramid that makes someone stand up here?”she launched in front of a full house. “Why not just say that there are multiple female performances that form concert and dialogue with each other and stop the televised horse race?”. “Each of the women, whether it’s television, a film (…), or a tampon commercial, you all do superb work which is a constant source of inspiration to me”she added. “So thank you. I’m sharing this (the trophy) with all of you.”

Cate Blanchett could win her third Oscar on March 12 with her role in Tar, after being rewarded for her work in Blue Jasmine by Woody Allen (2014) and Airman by Martin Scorsese (2005). Activist of the feminist cause, Cate Blanchett interprets in Tar a narcissistic and tyrannical character who is reminiscent of the sex scandals denounced by the MeToo movement. With one difference: Lydia Tar is a woman and a lesbian.

Critics Choice Association has also awarded the Best Actor award to Brendan Fraser for his role as an obese and reclusive professor in his The Whale by Darren Aronofsky. After achieving success some 20 years ago with films like The Mummy (1999), the American-Canadian actor had a period of relative oblivion. “I was in the desert (…) but you found me”said the actor for the director, during an intervention full of emotion.

The prize for best film was awarded to the surreal and crazy comedy Everything Everywhere All at Once. Several other prizes awarded are linked to this work: best director for its authors Daniel Kwan and Daniel Scheinert, best original screenplay, best editing and best supporting role for actor Ke Huy Quan.