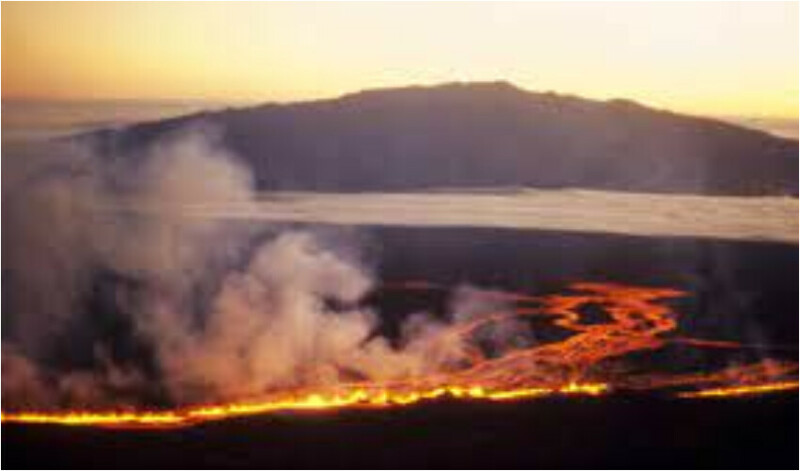 The world’s largest active volcano in the US state of Hawaii has erupted after 40 years and lava and hot ash continue to flow out of it for the second day in a row.

According to international media reports, the pressure on Mauna Loa, the world’s largest volcano on the Big Island of Hawaii, had increased significantly in the last few years.

Mauna Loa began spewing lava and ash on Monday, which is still ongoing. However, the state administration has not evacuated the area, only the top of the volcano and the surrounding roads have been closed.

The administration says that there is currently no danger to those living near the volcano, but evacuations may be initiated if the situation worsens.

The last time this volcano erupted was in 1984 and it lasted for 22 days, while its lava reached a distance of seven kilometers.

Mauna Loa, meaning ‘tall mountain’, is the largest volcanic mountain in the world and covers half of Hawaii’s Big Island.

The base of this mountain is located in the ocean and its height from the base to the summit is 17 km, thus it is higher than Mount Everest.