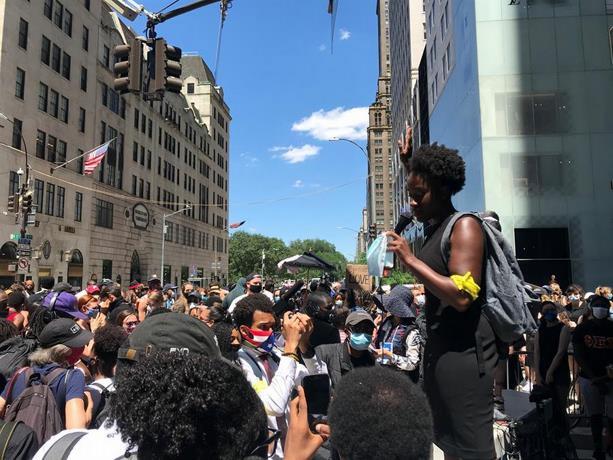 59% of Latina women age 50 and older "often feel discrimination" in the US, mainly by their ethnicity or race, skin tone, weight or age, and even accent, an unequal treatment that can lead to mental health problems for those affected, according to a survey released this Thursday by the Association of Retirees (AARP, in English).

On average, according to the AARP study, 59% of Hispanic women age 50 and older experience between four and five types of discrimination, mostly based on race or ethnicity (63%), followed by accent (44%), weight (42%) and age (40%).

Thus, among Latinas over 50 years of age, 71% of those who suffer "discrimination on a regular basis" they feel pressured "to look or act or behave in a certain way at work".

For this group, the most common types of pressure to behave in a certain way at work include the use of professional clothing (38%), hair tied or styled in a certain way (37%), age-appropriate clothing (34 %) and certain behaviors in the position (33%).

"Every day, the mental health of numerous Latinas is affected by acts of discrimination, regardless of their age, ethnic origin or any other factor"said Yvette Peña, vice president of audience strategy for AARP’s Office of Diversity, Equity and Inclusion.

Peña criticized the fact that so many Latin women have to "adapt their behavior to decrease the incidence of discrimination against them".

The most frequent tactics used by Latinas over 50 to avoid being discriminated against are "observe carefully what is happening around you" (60%), pay attention to what they say and how they say it (58%) and "consider how safe or comfortable they feel" (52%).

The survey underlines that "discrimination based on ethnicity, race, or skin tone appears to have the greatest impact on mental health" of the Latinas.