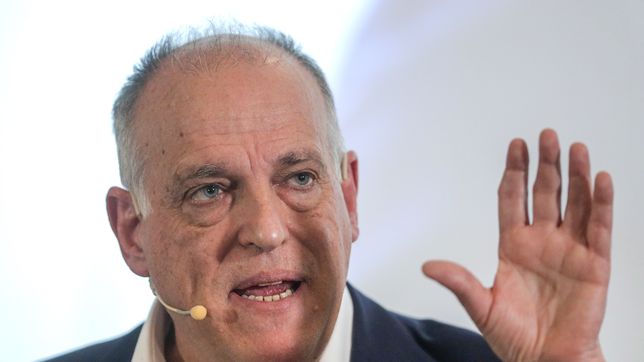 LaLiga complies with its threat and denounces FIFA to try to knock down the new format proposed for the Club World Cup. A conflict that was born in mid-December, when Infantino announced that he would revolutionize the Mundialito from 2025 to increase the participating teams to 32. In addition, he proposed including more matches in the 2026 World Cup. Two scenarios that The national leagues were not amused, especially the Spanish one, because it means saturating the calendar with even more matches. As the institution presided over by Javier Tebas, will try to stop him in court and, as AS has learned, the complaint has already been filed with the TAS.

The Spanish league warned in December that it would “study the pertinent legal actions to prevent the Club World Cup from being held with the announced format.” Once the case has been analyzed, LaLiga has already filed a complaint with the TAS (the sports arbitration court). His arguments for taking this position were the following: “FIFA seems to forget and only think about a few without knowing the real effect on all the players in professional football. Just think of a small group of clubs and players, when in professional football there are many professional leagues, thousands of clubs and players who don’t play these international competitions.”. And he warned: “These decisions made unilaterally and without notice regarding the calendar with new international tournaments irreversibly damage the entire football ecosystem.”

Now it’s time to see the route that this complaint has. It is not the first time that he has resorted to this body to denounce FIFA for a calendar conflict. It already did so in 2021, when Infantino authorized CONMEBOL to extend its national team stops to accommodate a third game during the concentrations. Something that fully affected the First Division teams, since several of their internationals would arrive with breaks of just 48 hours (or not even that), which forced the postponement of several League games. So, Thebes tried to get a precautionary measure to avoid this situation, but the TAS denied it. An outcome that the Spanish president did not like and that he criticized on social networks: “The resolution is in the usual line of this “court”. Without reasoning, dictated by people of dubious impartiality and suspected of mammoneo. Little by little, data will emerge from this lurid situation.” But LaLiga’s history of conflicts with TAS also comes from before, since it was criticized that said court also exonerated PSG and City from the sanctions imposed by UEFA for skipping financial fair play.