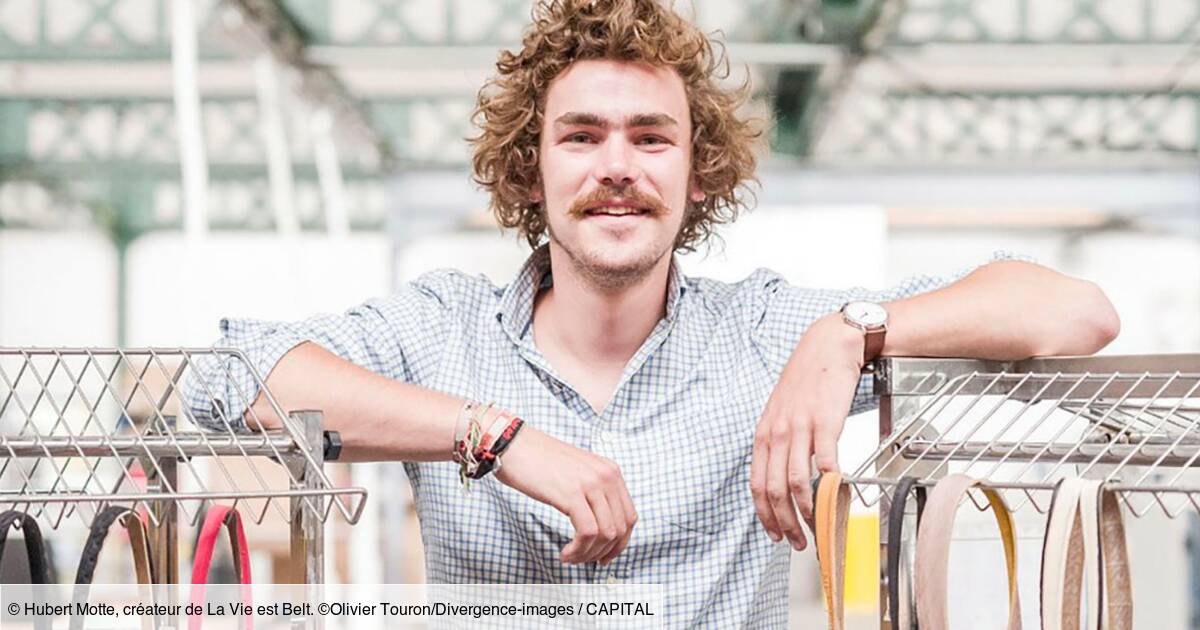 His story does not begin at the back of a garage in California, but in his student roommate in the North of France, in Roubaix. Hubert Motte tinkers there with a first collection of belts, from recycled bicycle tires. The sale of some 150 pieces made brings him nearly 4,000 euros which he invests in 2017 in the creation of his box, la Vie est Belt, an ethical fashion company. The young engineer from Icam, now 28, worked on his taste for product creation by working on a ski clothing line at Decathlon, in Haute-Savoie, during a three-year work-study program. .

In Bogota, Colombia, where he completed his study project, he took part in a solidarity initiative with young people from poor neighborhoods. An experience that nourished his quest for meaning and gave him the desire to bring a breath of ecological and solidarity to the business world. So, rather than returning to Decathlon, which extended its hand to him with a permanent contract, a good salary and a pleasant living environment in the mountains, the Ch’ti dares entrepreneurship.

If he sets his sights on bicycle tires it is firstly because, as a fan of the little queen, he uses them a lot. And then here is a waste whose deposit is not about to be exhausted. Difficult to recycle, it mainly ends up in incinerators. “I wanted to start from a simple and universal product, which I could prototype and manufacture myself without heavy investment.” Finally, the belt, worn by one out of two French people, has established itself in dressing rooms.

Hubert Motte plans to employ people with disabilities. La Vie est Belt is hosted by AlterEos, an integration company in Roubaix. It has created 7 solidarity jobs there. Winner of the La Fabrique Aviva competition, which promotes innovative and impactful projects, the entrepreneur has won financial support of 10,000 euros. In the process, the Ticket for Change incubator offers him its mentorship.

“My pride is in showing that we can do things differently, by participating in a virtuous model of society,” he confides. And it works. The box has expanded with 5 full-time employees. After bow ties and key chains made from scrap rubber, it launched a new family of products, boxer shorts, made from discarded sheets and duvet covers. They are made in another solidarity workshop, Résilience.

Since its creation five years ago, La Vie est Belt has sold more than 35,000 belts, 75% on its website, the rest in shops and with works councils. It recycled 11 tons of rubber and 2 tons of cotton. Hubert Motte has set himself two priorities: doing better, in particular by guarding against supply disruptions, and expanding the range of products by targeting other materials to be recovered, such as car tires, fire hoses or climbing ropes.

Enrolled in the show on M6, the young man declined the proposal of three investors ready to inject 60,000 euros into his capital. “I want to remain independent and authentic in the values ​​and missions that I defend,” explains the man who is paid today 2,500 euros per month against 1,000 euros at the start of his adventure. “I manage my time as I want and I give myself more than five weeks of vacation per year, rejoices this free electron who “kiffe” his job. This life enriches me enormously. I learn a lot of things and I meet incredible people. And I feel aligned.”

If sincerity moves the lines, Hubert Motte upsets the mountains. We award the palm of the business creator to this gifted man driven by his green and solidarity convictions. The proof that business can rhyme with ethics and joie de vivre.