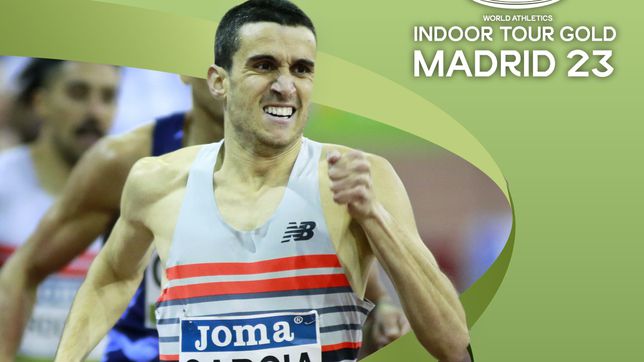 The sixth and penultimate stop of the World Athletics Indoor Tour Gold in 2023, which will be held on February 22 at the Gallur Municipal Sports Center in Madrid, continues to announce top-level stars. After the confirmations of Jakob Ingebrigtsen (3,000) and Mario García Romo (1,500), today it was the turn of Mariano ‘La Moto’ García, European champion in Munich 2022 and world indoor champion in Berlgrado 2022, and one of the great middle-distance runners on the planet.

The 25-year-old from Murcia will compete for the fourth consecutive edition in the 800 meters and in his three previous participations he has not gotten off the podium: third in 2020, won in 2021 and was second in 2022 when he arrived as world leader of the year after breaking the Spanish record in New York with 1:45.12.

In this way, Gaby Lorente’s pupil will finalize his preparation for the European Indoor Championships to be held in Istanbul from March 2 to 5. Between his Confirmed rivals for Gallur at the moment are Javier Mirón, four-time Spanish U23 champion, the Swede Andreas Kramer, runner-up in Europe in 2018, and the Burundian Eric Nzikwinkunda (1:45.16 as a personal best outdoors).