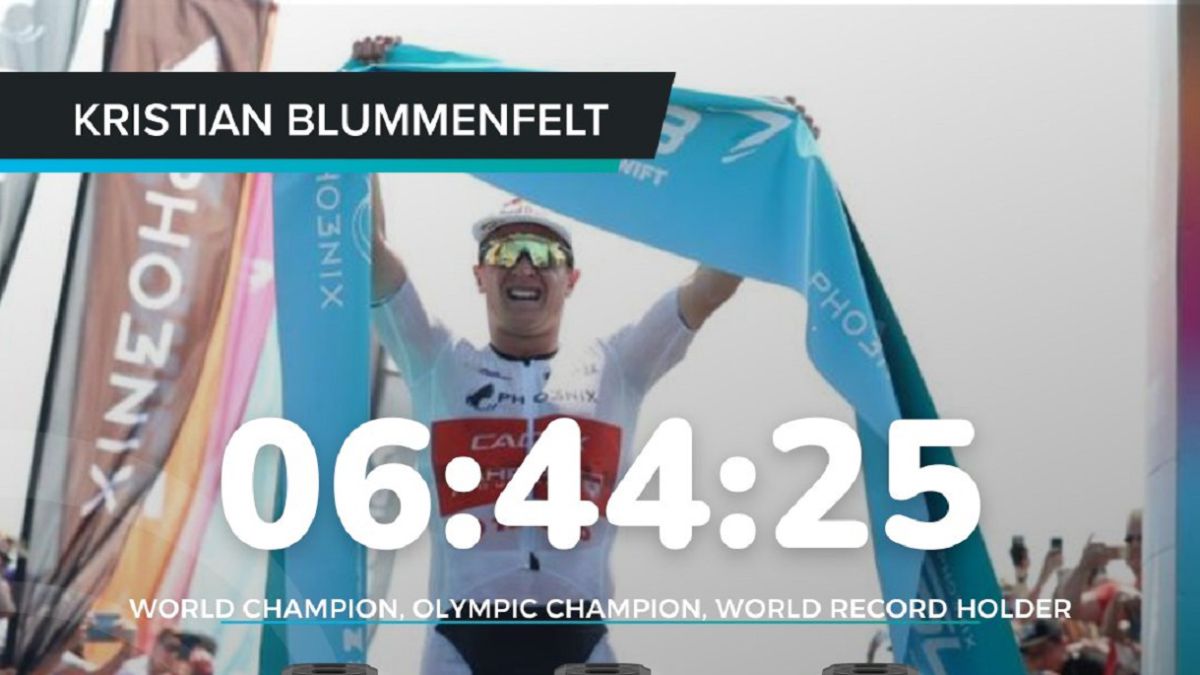 This milestone represents the last great feat for Blummenfelt in about 12 months in which the 28-year-old Norwegian triathlete has been proclaimed Olympic triathlon champion, world triathlon champion and Ironman world champion, and who is now also the first man in completing an Ironman in less than 7 hours by achieving it in 6:44:26.

To accomplish this feat, Blummenflet had to overcome the 48 minutes it took to complete the 3.8-kilometre swim (he was expected to do so in 45). In the 180-kilometer bike section, Blummenfelt lapped in 3:24:22, almost 25 minutes below the predicted time. And in the 42.2 kilometer walk, Blummenfelt completed it in 2:30:50 minutes (he was expected to do it in 2:25:00) to stop the clock in 6:44:26 and make history. Blummenfelt wasn’t the only one to drop below seven hours, as Englishman Joe Skipper completed the course in 6:47:37.

Blummenfelt himself analyzed this historical milestone in this way. “It’s been tough but we did it. It’s been two years of planning together with my team. It’s crucial to have a great team to see that together we’ve put in a great performance. Cramps after the 10km walk on the bike path. I felt the strain of the bike on the run, but it was an incredible race.”

Blummenfelt wasn’t the only one to make history in Dresden, as Britain’s Kat Matthews became the first woman to under 8 hours in an Ironman with a time of 7:31:54. Matthews was not the only woman to achieve it, as the Swiss Nicola Spirig also surpassed this barrier by stopping the clock in 7:34:19.