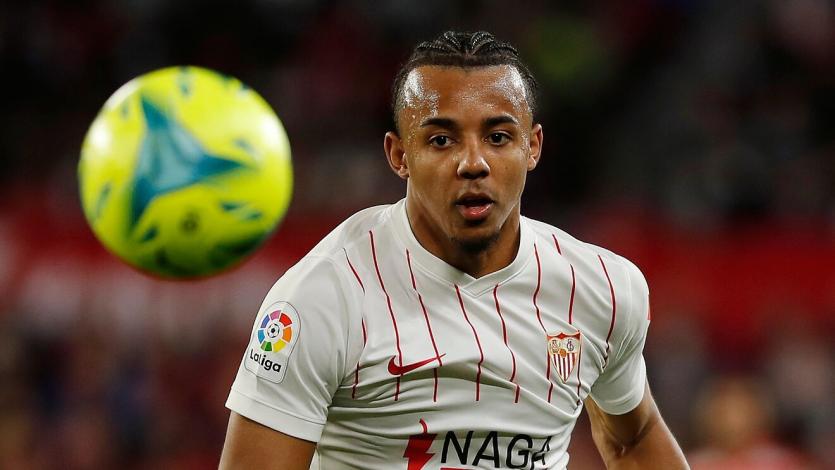 In the Seville, Monchi he doesn’t have them all with him Jules Koundé. The sale of the Frenchman will allow the Sevilla team to revolutionize the squad this next market and, on his possible departure, they base their hopes of being able to sign several players this summer. The problem that Sevilla finds itself with is that Chelsea, the group that pressed the most a year ago to take the central defender, is right now in a complicated situation and may not face his signing in the same way as 12 months ago.

Last year, Monchi rejected an offer of 50 million of the London team by Koundé. It was the biggest offer that Sevilla had ever received for one of its players. Those from Nervión, knowing that they could get more for it, took advantage of the 80-kilo clause to refuse to sell it. Chelsea did not contact the Andalusians again. And at that point it was all over, with a Koundé who reluctantly agreed to stay (he even did not train and was not called up on Matchday 3), knowing that he would have to wait another year to make the step to a great one.

have set a minimum figure of 65 million euros

At this point, Barcelona enters

Barça, hand in hand with Alemany, as we have been able to find out at fichajes.net, contacted Sevilla a couple of weeks ago to assess Jules’ situation. There, they received the same message as everyone: “We will sit down to negotiate if you are willing to put at least 65 million on the table.” The possible inclusion of a player, such as Lenglet or Dest, received a ‘No’ for an answer. From there, nothing more.

At Barcelona they trust that the situation will turn on their side. They know that time is on their side and they hope that Monchi will get nervous and agree to lower Koundé’s starting price. Sevilla would prefer to sell him to Chelsea, a team with which they will not be able to cross paths throughout the season, in addition to having more economic muscle, but they are beginning to fear that, given the lack of other suitors, Koundé will end up pressing for them to sell him to Barca.

Because if Chelsea finally didn’t have the money to sign the Sevilla center-back, there are no other teams in the Premier that need top center-backs. Not even Manchester United, as Erik Ten Hag seems to have more interest in strengthening other parts of the field and Tottenham is not a team that arouses much interest in Koundé. The Barça option may end up being the only one for the Frenchman.

The problem of the culés is already known by all. While waiting for the money budgeted at the last meeting to enter, absolutely no one can be signed. Things may change in the coming weeks, but until then, they will have to content themselves with reading the possible signings they could make in the newspapers. Among them, that of Koundé, the great wanted by Xavi for the defense.

At Barça they hope that the weeks will pass and that Chelsea, finally, will not be able to get into the operation and that Koundé will pressure Sevilla to lower that figure of 65 kilos. Perhaps, with the occasional sale, the Blaugrana team can make an offer that Sevilla has no choice but to think about. For the sevillistas, it would be difficult to reject another figure like the 50 million from last summer, with a Koundé who would not go through the hoop for another year. At the moment, with a month to go until everyone returns to work, it doesn’t seem like there will be much movement, with a Barça that will continue to watch the clock and hope that Monchi will have no choice but to sit down with them, without receiving from England the desired offer they were waiting for for their plant.