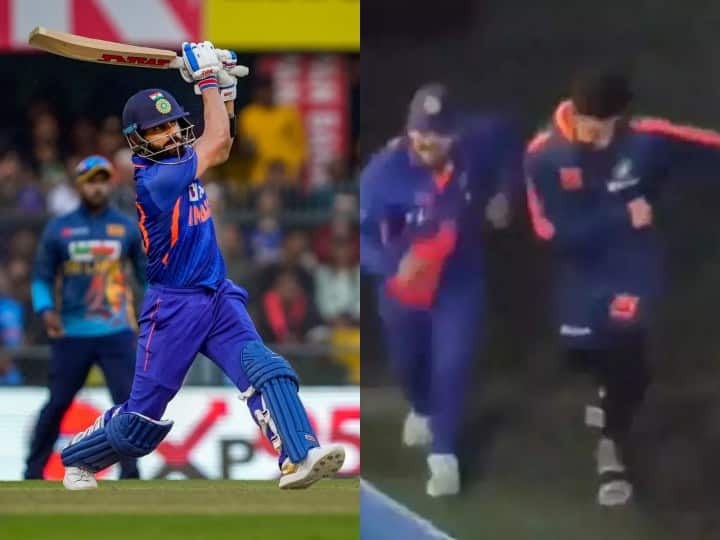 The second match of the ODI series between India and Sri Lanka was played at Eden Gardens, Kolkata. In this match, the India team won by 4 wickets. After India’s victory, Virat Kohli and Ishaan Kishan danced fiercely. Kohli and Ishaan dance fiercely in Eden Gardens. The videos of these two are getting a lot of likes on social media. Fans are giving different reactions about it.

Sri Lanka scored 215 runs while batting first in the Kolkata ODI. In response, the Indian team achieved the target in 43.2 overs at the loss of 6 wickets. With this victory, the India team took an unbeatable 2-0 lead in the series. Kohli danced with Ishaan after the victory of the Indian team. The video of him has been shared on social media by various fan accounts. Kohli fans also share old videos of him in the comments.

A laser show was arranged after India’s victory at Eden Gardens in Kolkata. His video was tweeted by Sourav Ganguly.

Significantly, India won the opener of the ODI series by 67 runs. While the second match was won by 4 wickets. Virat Kohli scored a century in the first ODI. But he was sacked after scoring 4 runs in the second game. In the second ODI, KL Rahul scored an unbeaten half century.

World food prices continued to fall in January, according to the FAO