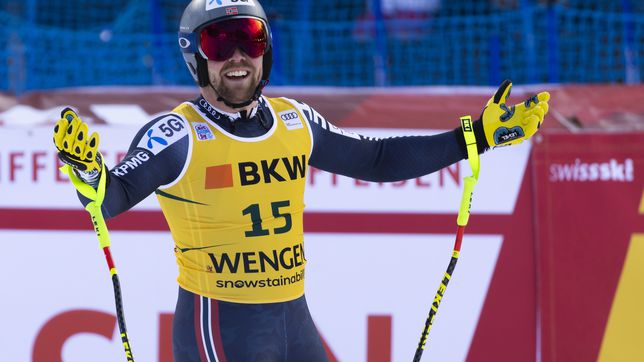 norwegian skier Alexander Aamodt Kilde prevailed in the super-giant event of the World Cup disputed in the Swiss station of Wengen, by ahead of the Swiss Stefan Rogentin and Marco Odermatt.

Kilde, that came from making a discreet position in the previous test, he completed the descent in 1:47.84. For his part, Rogentin confirmed the upward dynamics that it had been showing with its latest results and remained in 1:48.11. In the case of odermatt ffinished the tour in 1:48.50 and dropped off the top two steps of the podium for the first time this season.

Despite this, he is still the skier with the most points in this discipline, accumulating 340, although it yields 40 with respect to Kilde, who is second with 312. Third is the Austrian Vincent Kriechmayr, fourth in Wengen, with a total of 209.