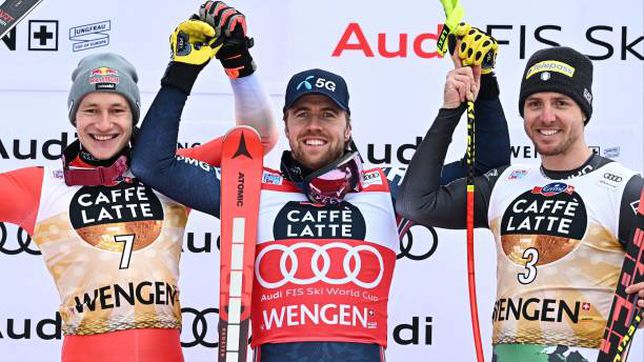 The Norwegian Aleksander Aamodt Kilde defeated the Swiss Marco Odermatt in the descent of the Swiss station of Wengen, with 0.88 seconds of advantage. The third step of the podium went to the Italian Mattia Casse, 1.01 seconds behind Kilde.

Kilde, winner of a super-giant test this Friday, once again demonstrated that his speed is, at the moment, greater than that of his rivals, despite the fact that the route, the oldest and longest of the season, it had to be trimmed due to strong gusts of wind at the start.

Odermatt, who remains the World Cup overall leader with 1,186 points, has yet to win a downhill event this season, and Kilde barely cut 20 points off his substantial lead.

In the classification of the specialty it is Kilde who increases his advantage with 505 points, while Odermatt is second with 386.

Good news of a child for a transgender couple