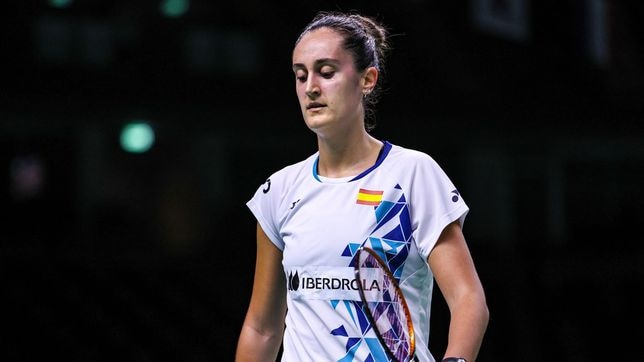 Spanish badminton has confirmed its great moment in Peru Challenge 2022since Kike Peñalver and Clara Azurmendi have each hung silver medals. In the finals, the man from Toledo was one step away from gold by losing in the final to Canadian Jason Anthony Ho-Shue (19-21, 23-21 and 21-23), while Azurmendi had to withdraw due to injury during her duel against the Japanese Kaoru Sugiyama (15-13).

Peñalver faced a tough match against Ho-Shue. Proof of this is that the Canadian managed to take the initiative on the scoreboard in all three sets. Of course, the Spaniard pulled his claws at each point and sold his defeat dearly. In the first game, the man from Toledo cut a four-point deficit and only his rival’s best success allowed him to win the first set 19-21. A similar script was seen in the second, but this time Peñalver did manage to prevail to take the match to the third set. In this, the Spaniard did not give up when he was losing 15-18 and came to fight to win the game, but Ho-Shue finally got the victory by a tight 21-23.

The women’s individual final left a bitter taste for Spanish fans, since Clara Azurmendi had to withdraw due to injury during the first set of the final against Sugiyama. The woman from San Sebastián sprained herself during the semifinal that she faced Buhrova and, despite the fact that she was proud to win that match, could not complete the first set against the Japanese (15-13).

In this way it concludes the first of the three stops that Spanish badminton faces these two weeks. The next challenges will take the Spanish team to Mexico, to compete in the Mexican International 2022 and the I Iberoamerican Championshipboth based in the city of Guadalajara.