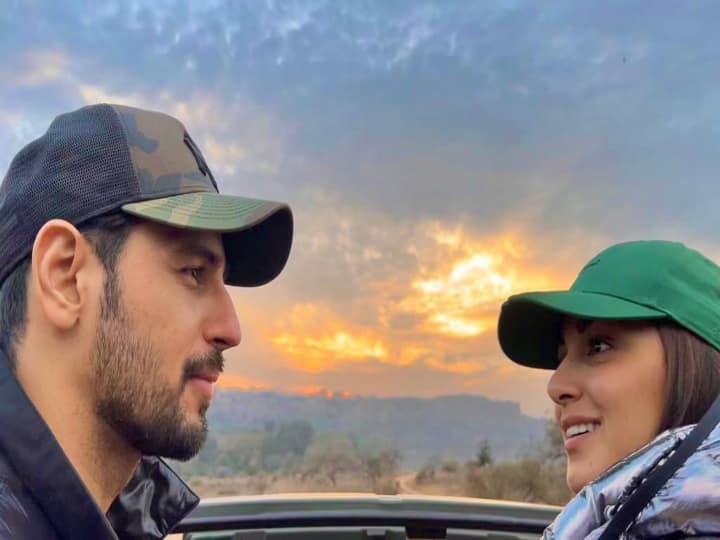 Bollywood actor Siddharth Malhotra celebrated his 38th birthday today, January 16. On this occasion, the actor has received many congratulations from Bollywood, but in the most special way, his girlfriend Kiara Advani has wished him a happy birthday. Kiara has shared an unseen romantic image with Siddharth on social media.

Kiara Advani has shared a love note for Siddharth Malhotra on her Instagram account. Together there is an invisible romantic photo in which both are immersed in each other’s gaze. This photo of the couple is going pretty viral.

On the special occasion of his birthday, girlfriend Kiara Advani shared a vacation photo with Siddharth and congratulated him on his birthday. It’s late in the background and both of them are spending quality time together. While sharing the photo, Kiara wrote in the caption: ‘What are you looking at the birthday boy?’

In the photo, Kiara and Sid have been wearing a casual look and they both look very cute. Kiara puts on a cap and Sid smiles at her. In the photo, fans have also demanded that the couple get married soon. We tell you that after ‘Sher Shah’, the Kiara and Siddharth couple was very liked by the fans.

Apart from the fans, celebrities have also showered a lot of love on this photo. All the celebrities including Ananya Pandey congratulated Siddharth in the comment box. Ananya Panday wrote: ‘I think I took this photo beauties…’

Siddharth and Kiara’s wedding date has reportedly come to the fore. The couple is getting married on February 6 this year. The two will not be getting married in Mumbai, but at the Suryagarh Palace in Jodhpur, Rajasthan. And from February 4 and 5 the pre-wedding functions of Kiara and Sid will begin.

The brutal accused turned a knife on the woman’s throat in broad daylight, the video went viral