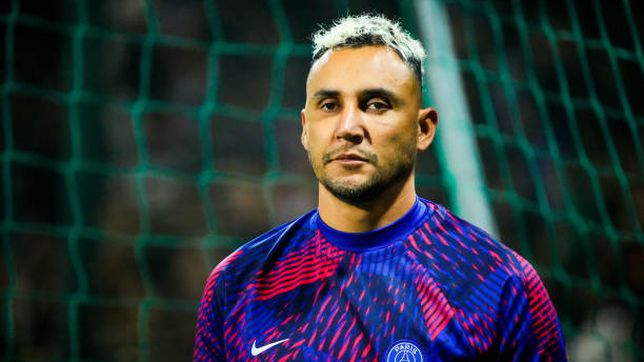 Keylor Navas exhausts his last cartridges as a PSG player. The Costa Rican will start this Monday, in the round of 16 of the French Cup, against the modest Pays de Cassel in what could be his last match with the Parisians’ shirt. His coach, Christophe Galtier, confirmed his ownership against the French sixth division team, highlighting the “professionalism and attitude” of the Tico despite the difficulties he is having this season.

So far this year, the former Real Madrid player has only played one official match. It was precisely in the round of 16 of the French Cup against Châteauroux. On Thursday, in Riyadh, Saudi Arabia, he was also a starter in the friendly against the combination of players from Al Nassr and Al Hilal, causing the penalty that would be Cristiano Ronaldo’s second goal in their first game in Saudi Arabia.

Keylor’s situation is not easy. Last season he alternated ownership with Donnarumma, although the Italian was designated by Pochettino to play the Champions League tie against Real Madrid. Since Galtier came to the bench in June, the veteran goalkeeper has been relegated to the background, to the point that he will only get minutes if PSG advances in the French Cup. Although he has not formally asked to leave, the player is not happy with the lack of minutes in the French capital.

Currently, there are several teams that have expressed interest in the goalkeeper. One of them was Al Nassr, but the interest has not increased. In the Premier League he has a good poster and according to L’Équipe, Nottingham Forest is one of the clubs that could send an offer in the coming days. PSG will not oppose the departure of a player who is not happy in the squad, who also has an important salary range (it would free up space for the Financial Fair Play) and who has already been fully amortized. The Parisians could let him go for 5 million euros. This Monday, against the Pays de Cassel, Keylor Navas could play his last game in France.